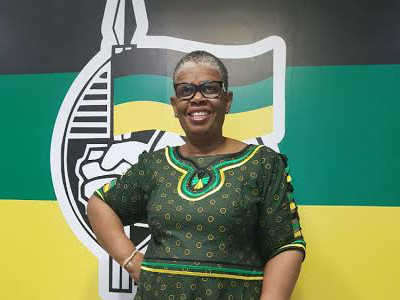 Zandile Gumede is acting strong to convince the throngs of her supporters in the ANC in KwaZulu-Natal that she can still survive the latest attempt to remove her from public office.

In reality she is one of many ANC leaders charged with corruption who will likely now be forced to step aside.

The ANC National Executive Committee has given the likes of her and secretary-general Ace Magashule just 30 days to step aside from their positions until cleared by the courts.

President Cyril Ramaphosa did not mince his words when he closed the last NEC meeting.

“The 30 days will be used to enable the implementation of the decision in line with the guidelines and is not for review of the decision,” Ramaphosa said.

“There is no turning back now.”

In Gumede’s case she can expect to lose her salary and perks that come with being a Member of the Provincial Legislature.

“I’ll wait for my party to tell me what to do. If that does not happen, I’ll continue with my job,” Gumede, the former eThekwini mayor, told Scrolla.Africa.

It would not be the first time Gumede was told to step aside as she faces charges stemming from the R320 million Durban Solid Waste tender issued during her time as mayor in 2017.

In August, Gumede was recalled as an MPL, shortly after being deployed to the position.

However, she got her job back in December with the ANC saying she had not been convicted a year after she was charged.

“My hands are clean. I will be vindicated in court,” she has said.

“This will backfire,” she said.

The party faces another dilemma as it has to recall her again from the legislature.

Scrolla.Africa has learnt from insiders that the internal loyalists of Gumede and Magashule and others facing charges were plotting a counter-strategy to survive the chop.

Magashule vowed to fight to save his full-time job at Luthuli House.

“I am going nowhere,” he told Scrolla.Africa.