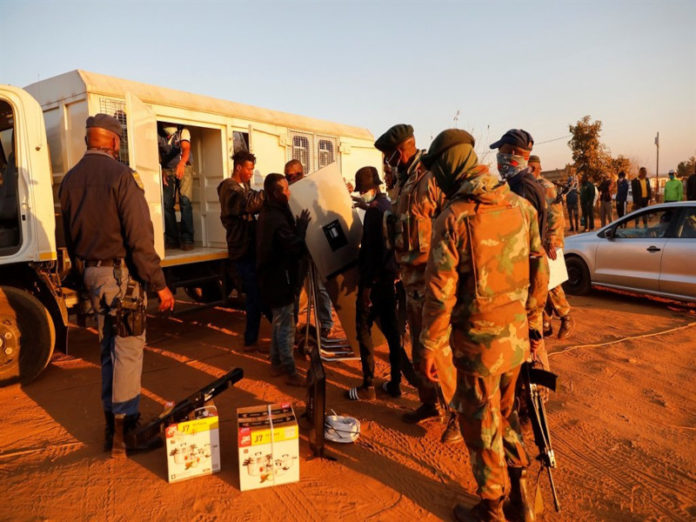 Looters have been warned to give up their stolen properties or face arrest.

This is the warning made by the National Joint Operational and Intelligence Structure (NatJOINTS), who said that they received calls via the MySAPS app from different communities across KZN and Gauteng.

“Security forces have embarked on recovery operations with the collaboration of citizens who have gone out of their way giving tip-offs to the police,” the statement said.

The organisation confirmed that 3,407 suspects have been arrested with only one suspect thus far having been granted bail. A total of 1,122 suspects are due to appear in court across the two provinces this week as the remaining dockets are still under investigation.

NatJOINTS also warned those who purchased looted goods that they are also subject to arrest for being in possession of stolen property.

A total of 106 suspects have been arrested for being in possession of stolen goods.

The statement concluded with a plea for organisations and individuals to refrain from inciting further unrest by sharing messages that aim to increase tension.

Three suspects were arrested on charges of alleged instigation of violence and fear.

As the week-long looting and burning of businesses over the arrest of Jacob Zuma slows down, stolen goods are being recovered and several cleanup initiatives are taking place in an attempt to restore calm.