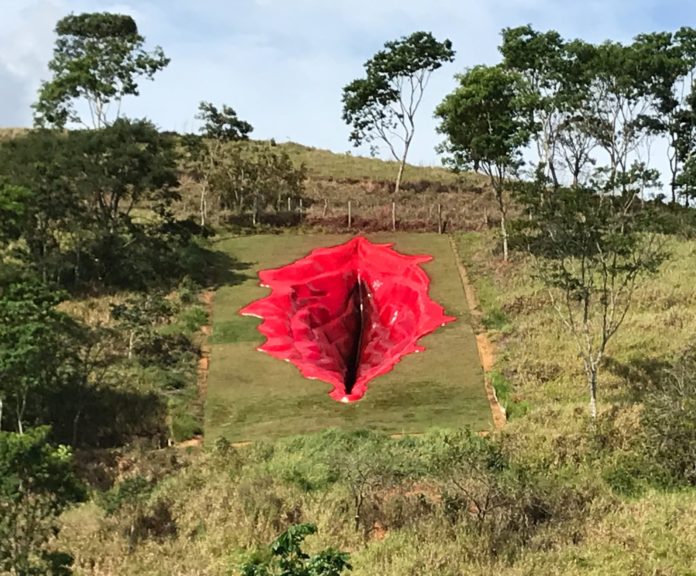 A 33-metre reinforced concrete vagina has become the focus point of fierce political debate in Brazil.

Since its unveiling on Saturday by artist Juliana Notari, news of the sculpture, called Diva, has spread like wildfire across the country.

A debate has raged between the supporters of the far-right president Jair Bolsonaro and the art community.

In a Facebook post, Notari wrote that the hillside vulva was intended to “question the relationship between nature and culture in our phallocentric and anthropocentric western society”.

“Nowadays these issues have become increasingly urgent,” the artist added, in a reference to Brazil’s increasing climate of intolerance under Bolsonaro’s regime.

The crimson artwork, which supporters have described as “an intimate part of us exposed with such beauty”, has shocked and offended its critics.

Olavo de Carvalho, an influential figure in the Bolsonaro administration, has suggested in an obscene tweet that a giant phallus should be erected in response to the artwork.

Meanwhile, the artist’s Facebook page has been flooded with enraged reactions to the sculpture.

The Bolsonaro regime has slashed public funding for the arts.

Kleber Mendonça Filho, a Brazilian film director, has praised Notari’s Diva for the stir it has caused, writing “the reactions to your work are a mirror [of society], a success.”