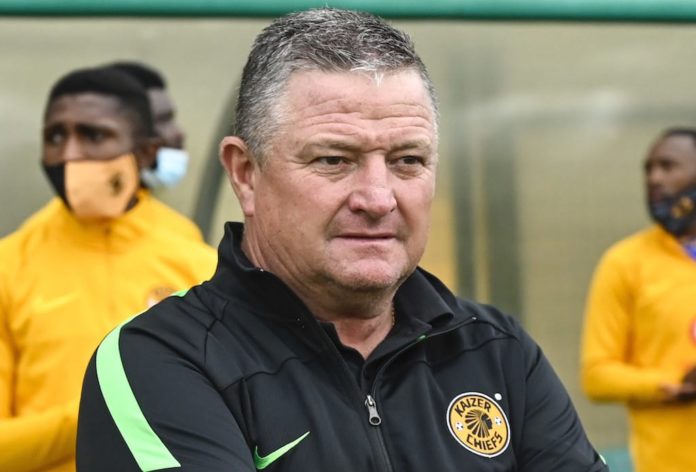 “We can’t relax. They are a strong physical team and they are dangerous. We need to keep our heads straight when we play at home,” he said.

Erick Mathoho’s late goal was enough for Amakhosi to draw first blood in the first leg of the Caf Champions League preliminary round. The second leg will be played on Friday at FNB Stadium in Johannesburg.

Hunt said it was good that they won but the job is half done.

“This is our main problem this season. We should have had many goals. We missed many chances,” he said.

“But we can still rectify that. Even though they are coming to our home we can’t relax. It’s only the first half and we still have a full game to play. Bamenda have a lot of fight in them. Winning away has helped us a lot and I’m sure we will be able to secure the tie at home.”

Amakhosi will play this match without defender Ramahlwe Mphahlele who sustained a hamstring injury in yesterday’s match.

Yesterday’s victory will give Amakhosi a lot of confidence. They started the current DStv Premiership season badly and any win will be welcomed by their supporters.

The winner of this tie will lock horns with Angolan champions Primeiro Agosto in a two-leg match. Whoever wins will then go into group stages of this competition.

Amakhosi have never qualified for the group stages before. They always knocked out in the preliminary round.