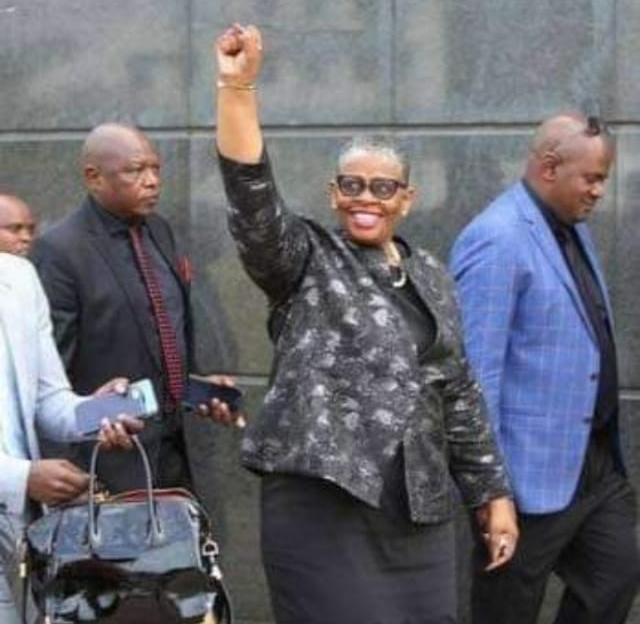 Former eThekwini mayor Zandile Gumede says the charges against her are “weak” and “politically motivated” as she fights to make a comeback from the political wilderness.

During an interview with Scrolla.Africa, after her court appearance on Thursday, the furious Gumede questioned why the State wanted a postponement if it had a solid case against her.

“Nothing will ever come out of this because these charges are a ploy to get rid of me. They’ve got nothing on me that’s why they keep asking for postponements,” said Gumede.

This is after the ANC National Executive Committee (NEC), the party’s highest decision-making body, took a decision in August that all office-bearers who faced charges must step aside.

Subsequently, Gumede was recalled as Member of the Provincial Legislature (MPL) in KZN in August, shortly after her deployment.

“I honestly think that this ‘step aside’ policy is abused by some of our comrades who use it to eliminate their political opponents,” said Gumede.

Gumede appeared alongside her 17 co-accused, including city manager Sipho Nzuza and his wife, Bagcinele, at the Durban Commercial Crimes Court.

The charges come from the R430 million Durban Solid Waste tender which was issued during her time as eThekwini mayor.

She fought against the charges, arguing that she was a political head, at the time, and had no administrative authority.

But the National Prosecuting Authority (NPA) has stuck to its guns that she was part of corruption.

“I’ll fight to clear my name so that I continue with my duty to uplift South Africans. No one will decide my fate, except me.”

Her case was postponed to 23 March 2021 which angered her lawyer who said the four-month postponement was “unreasonable”.

The corruption-accused ANC secretary-general Ace Magashule announced on Thursday that NEC members gave the ANC top six until January next year to finalise the contentious step aside issue.

ANC spokesperson Pule Mabe said the step aside policy applied to all office-bearers not only Gumede.

Asked why Magashule has not been asked to step aside over his corruption charges, he declined to comment.