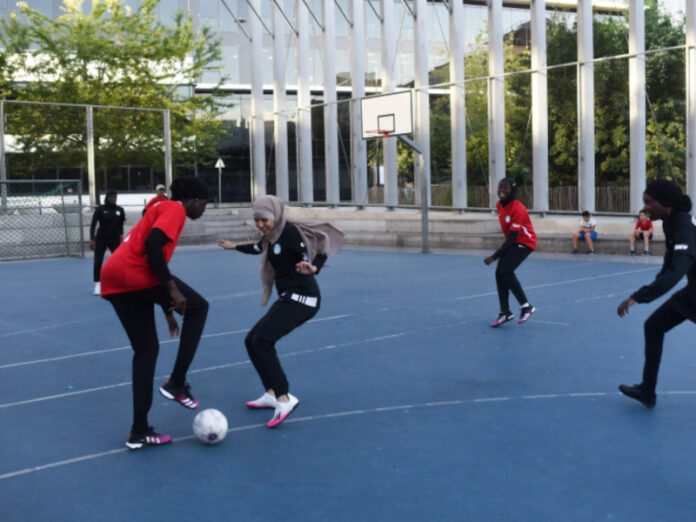 France’s ban on the wearing of hijabs throughout the country has affected Muslim footballers to the point where they have given up playing the sport they love.

Shireen Ahmed, a Canadian sports journalist and activist, said she gave up playing football when she was 20 because she started wearing a hijab

“Living without football was not possible for me but it’s really hard to find a re-entry point when you feel that way,” she said.

Ahmed adds that the hijab not only affects current players but also young Muslim girls who were looking to get into the sport.

The hijab ban means that Muslim women are prevented from participation in the sport at all levels.

“They cannot coach, they cannot officiate. They are literally excluded from the entire space. It’s brutal. There’s a clear ‘we hate Muslim women’ vibe,” Ahmed said.

In France, the Lyon women’s team is gearing up for their 10th Uefa Champions League final, but a French Football ban on “ostentatious” symbols prevents Muslim women from attending the game.

“It is part of a system of white supremacy, xenophobia, Islamophobia and anti-Muslim sentiment,” Ahmed said.

“To ban Muslim women in headscarves from sport is extremely problematic.”

Les Hijabeuses, a French activist group, is appealing against the ban on hijabs and wants the inclusion of sections of society that are excluded.

While the group has had success in parliament, French Football Federation (FFF) have not yet changed their ruling.

“The French parliament decided against prohibiting the wearing of religious symbols during sports competitions, but the decision did not lead to the FFF to review its rules,” the group’s lawyer said.

Ahmed said the ban goes beyond sport and leads to the total exclusion of Muslim women in France.

“Women should have a place and they should have the option and the right to participate,” she said.