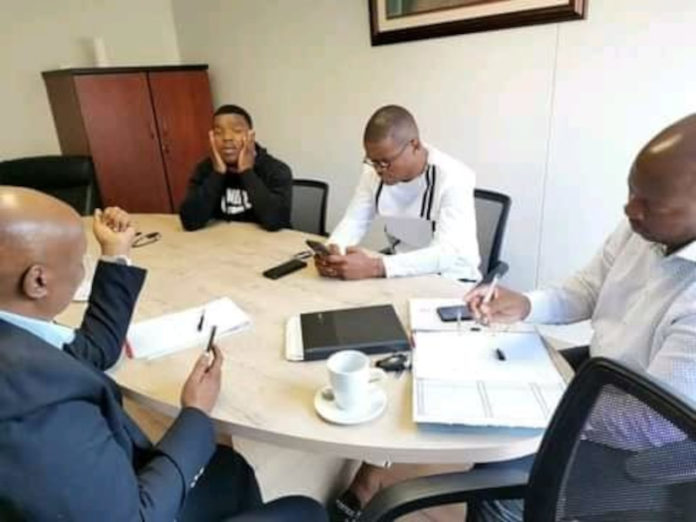 Flanked by two men believed to be his lawyers, the former Ukhozi FM presenter and social media commentator Ngizwe Mchunu handed himself over to the Durban Central Police Station on Monday.

Mchunu had been on the run and in hiding since last week.

It is believed that Mchunu, who hails from Nkandla and is a neighbour of former president Jacob Zuma, was amongst the 12 people who are wanted by cops for inciting violence in Gauteng and KZN.

Their criminal actions are said to have begun shortly after the arrest of Jacob Zuma who is currently serving 15 months in prison for contempt of court. Violence erupted shortly after Zuma handed himself over to police.

The outspoken DJ revealed on his Facebook page on Friday that he is tired of being in hiding as cops were said to be after him.

This follows a series of Mchunu’s online posts in which he has voiced his support for the #FreeZuma campaign. Last week, he decided to cancel a press briefing in Jozi after learning that the cops were after him.

Mchunu is also known for his slogan, “Azikhale” (meaning “Let’s do it”), which became famous last week when looting broke out.

Mchunu posted this message online: “I am tired of running and hiding from cops. My life is in danger because I have gathered that some people want to kill me. Killing me for voicing out my feelings in a democratic country? So I have consulted with my lawyer and alongside amabutho I will head to the nearest police station to hand myself over. I want to ask the KZN commissioner if it’s true that I am a wanted man. I want to know why am I of interest in all their investigations.”

On Sunday, Mchunu told Scrolla.Africa that he stood by these comments: “I am not backing down. What I posted on my online page remains. I am buoyed by positive messages and support from people all around the country. These people believe I’m making noise for the right reasons.”

Minister of Police Bheki Cele has been vocal in his condemnation of Mchunu for his inflammatory online posts.