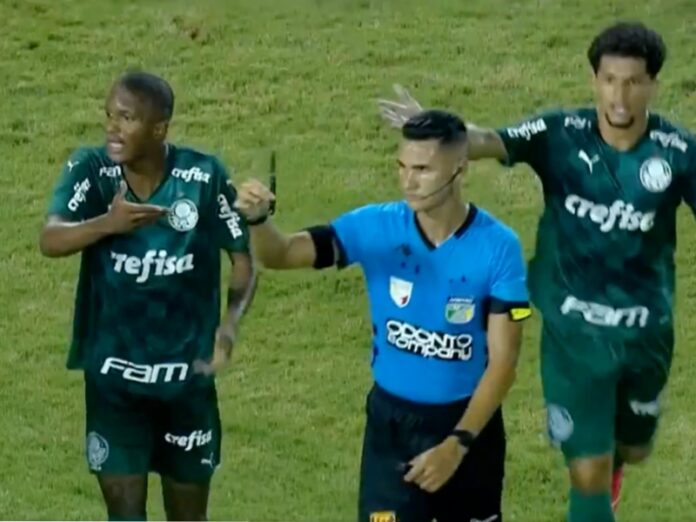 An under-20 fixture in Brazil descended into chaos when football supporters invaded the pitch and a knife was thrown at the players.

A Copa São Paulo de Futebol Júnior semi-final was in its final moments with São Paulo trailing 1-0 to Palmeiras. Angry fans then invaded the field to confront the Palmeiras players with several players forced to hold the supporters back.

As the players and supporters calmed down, the referee was seen picking up a knife in the penalty area.

The fixture was then suspended for six minutes before Palmeiras eventually won the game 1-0 and progressed to the final.

Cesar Saad, an officer for the Police Station for Repression of the Crimes of Sport Intolerance, said an investigation had begun as to how the knife passed security checks to get into the stadium.

“We tried to identify images from the press, the fans, and the stadium cameras. After a lot of analysis, listening to referees and athletes, we realised that the knife was thrown onto the pitch along with other objects,” he said.

“Initially we thought that one of the fans would have invaded to try to attack a Palmeiras player with the knife.”

The officer said it is up to the Civil Police to find out how the knife got into the stadium and said everything will be investigated thoroughly.