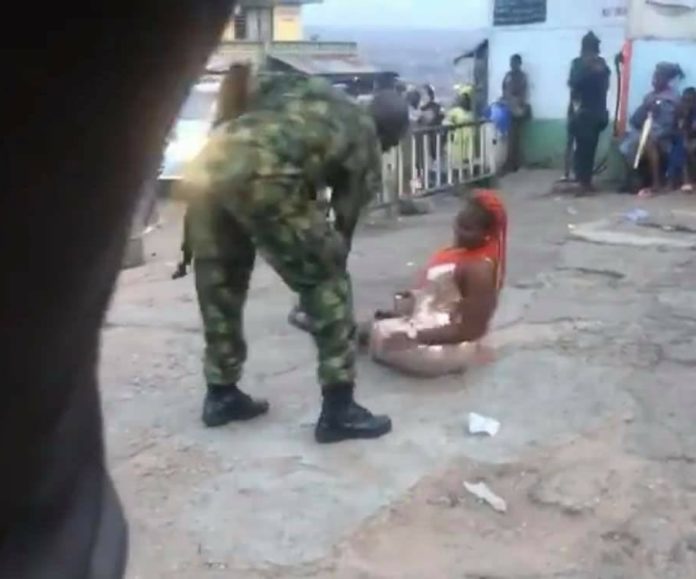 The video shows the woman sitting on a bare floor as she is repeatedly whipped with a leather belt by a Nigerian soldier.

Despite her cries for mercy, the soldier whips her for more than 40 seconds, telling her to take away her hand.

The soldier apparently objected to the woman wearing a light camisole top and orange hair.

The flogging of the woman happened in the city of Ibadan which is close to Lagos. This is one of many reported incidents of security force brutality in response to youth protests in Nigeria.

The army unit sent to deal with the protests has been dubbed Operation Burst.

One youth said he was flagged down by soldiers.

“When I stopped they flogged me and told me to kneel down. They brought out a pair of scissors and cut my hair. Then they took money from me for the haircut,” he said.