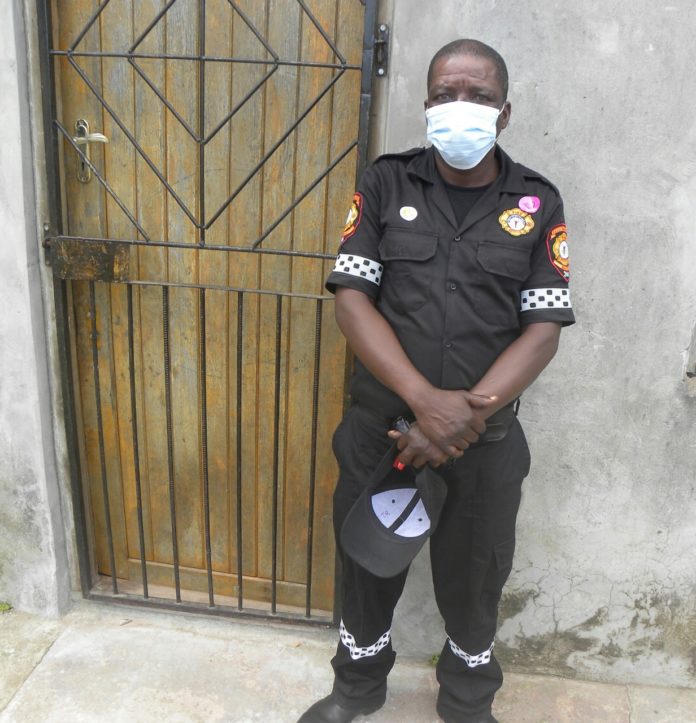 A Port Elizabeth firefighter scaled more than six metres to rescue a puppy from a flooded stormwater drain – only to be attacked and robbed while waiting outside the SPCA gate.

Thembekile Mbeyiya, 49, became an instant hero after using his 12 years of experience in firefighting to save the puppy from the jaws of death.

This motivated the Nelson Mandela Bay Municipality Executive Mayor, Nqaba Bhanga to give him an award of excellence.

Thembekile and his fire fighter crew were called on 1 January 2021 by residents of NU8, Motherwell to rescue a month-old puppy that had fallen into a storm water drain.

He told Scrolla.Africa: “I have always loved my work because it gives me the opportunity to serve both people and animals in difficult situations.

“After I rescued the puppy from the drain I took it to our depot in Motherwell. My manager later phoned me that I should transport it to the Walmer SPCA branch.”

Thembekile said his manager told him to phone him whilst outside the SPCA gate and he would contact them to open the gate.

“While waiting for the gate to open, two men came and asked for matches to light their cigarettes. I told them I did not have one.

“They then attacked me, hitting me all over. I tried to resist but they eventually overpowered me and I fell down. They took R600 from my wallet, my cell phone and my ID. They also took my driver’s licence and my medical aid card.”