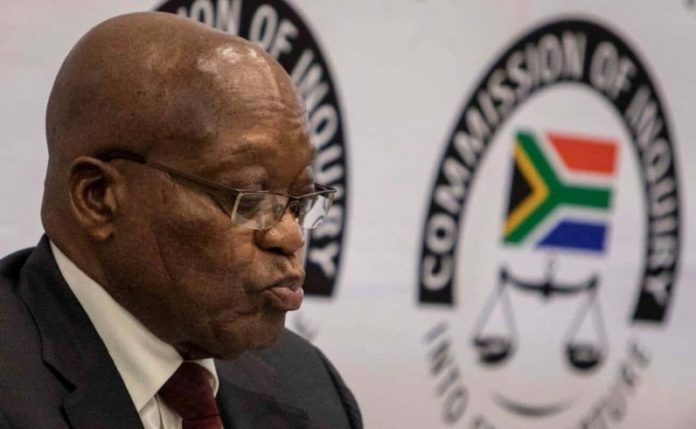 Jacob Zuma has been sentenced to jail for ignoring the Constitutional Court order to appear before the Zondo Commission.

“Never before has the authority and legitimacy of the Constitutional Court been subjected to these kinds of attacks,” said the ConCourt judgment delivered on Tuesday morning.

The former president is to serve an “unsuspended sentence of imprisonment for a period of 15 months”.

Zuma must present himself at the Nkandla police station within five calendar days. The police must make sure he “is delivered to a correctional centre”.

Acting Chief Justice Sisi Khampepe read out the majority judgment which also awarded costs against Zuma for his extraordinary attacks on the legitimacy of the judiciary.

Therefore, Khampepe said: “Zuma is guilty of contempt of court”.

She called Zuma’s behaviour “vexatious”, his “conduct reprehensible” and said his behaviour “smacks of malice”, while his “arguments are bereft of supporting facts.”

This developing story will be updated throughout the day.