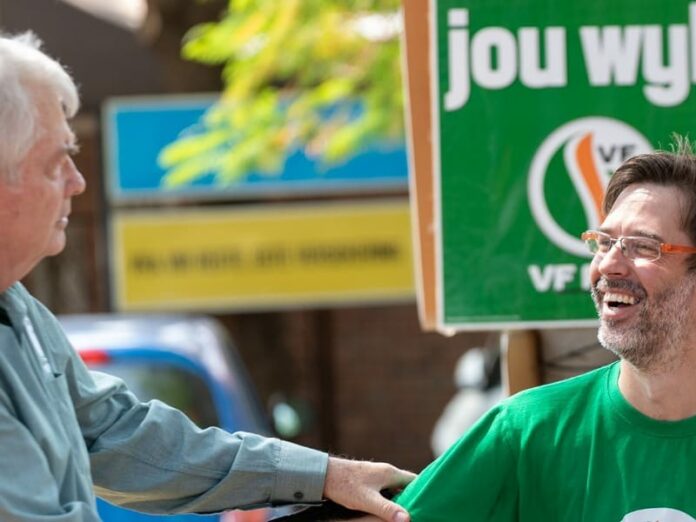 After a whole week of campaigning the FF Plus improved its popular vote from 27% in the November 2021 elections to 59% in Ward 01.

In a statement on Thursday the FF Plus said: “The results of the by-election in ward 1 of the Bela Bela Local Municipality (Warmbad) serves as proof that the FF Plus is enjoying sustained growth in support. The FF Plus won this ward from the DA.”

It’s a devastating by-election that has left the DA stunned especially considering there will be more by-elections across the entire Ditsobotla Municipality scheduled for 14 December.

Specifically in this region the DA will go head-to-head with the FF Plus for the same type of voters in Lichtenburg and Coligny.

FF Plus leader Pieter Groenewald has confirmed to the media that his party will be fielding candidates in all the 20 wards in Ditsobotla.

The massive by-election is a result of the dissolution of that municipality because of political infighting which frustrated service delivery.

The IEC has described its last by-election for 2022 as a bumper by-election involving 45 wards nationwide. “Thirty-nine of these by-elections are as a result of the dissolution of the Ditsobotla Local Council, in the North West, with 20 ward seats and 19 Proportional Representation (PR) seats to be contested in the 14 December by-elections.”

For almost 10 years now, Zille has run a campaign discouraging voters from wasting their votes on smaller parties.

As far back as 2014 she said only a stronger main opposition party like the DA has the potential to unseat the ANC.

“Instead, vote for a growing party with a track record in good governance,” she said during a campaign in Durban.

A further fragmentation of the opposition vote has seen the growth of the EFF, the FF Plus and the emergence of ActionSA.

On the eve of more by-election battles with the FF Plus, Zille is under pressure to decide whether to turn the liberal movement into an Anglicised FF Plus.

Pictured above: DA leader John Steenhuisen hangs posters in Ward 08 in Nyanga ahead of 23 November by-election