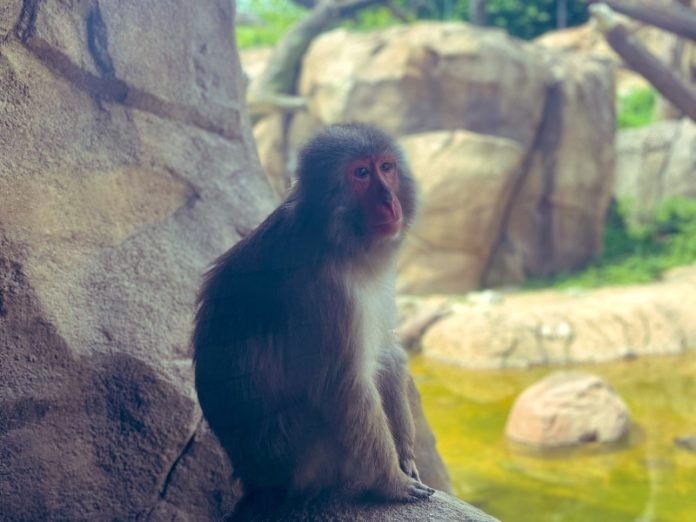 For the first time in living memory, a female macaque has outmuscled the rival males in her troop to emerge as the alpha in a Japanese reserve.

Until April, nine-year-old Yakei held no notable position of authority in the troop, which is made up of 677 macaques, a genus of monkey found throughout Asia and Africa.

But since then, the formidable ape has gone on a campaign of violence, which has culminated in becoming the first female boss in the reserve’s 70-year history.

The first obstacle in her struggle for power was her own mother, who she beat up in April to become the top female at the Takasakiyama natural zoological garden in Oita city.

But Yakei didn’t stop there. She set her sights on Sanchu, the 31-year-old alpha male who had been leader of “troop B” at the reserve for five years.

On her way to battling him, however, she first had to prove her dominance over some of Group B’s lesser males.

Stunned wardens at Takasakiyama watched in amazement as the hefty 10kg monkey shrugged aside anybody who stood in her way.

Eventually, they decided to carry out a ‘peanut test’ on 30 June to determine the true leader of the troop. They put out nuts for the group to see who ate first.

Spectacularly, Sanchu backed away from the nuts to let Yakei eat first, confirming her status as the alpha.

“Since then, Yakei has been climbing trees and shaking them, which is an expression of power and a very rare behaviour in females,” Satoshi Kimoto, a guide at the reserve, told The Guardian.

“She has been walking around with her tail up, which is also very unusual for a female,” added Kimoto, who also said that none of the staff had ever seen behaviour like this from a female macaque before.