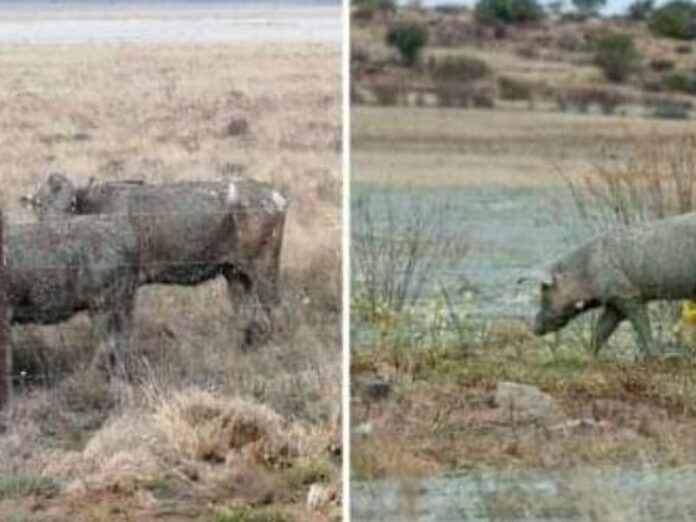 After working his cleaning shift at the Hospital Diamant in Jagersfontein, Steven Mojalle returns to his farm.

Over the years he built up quite the enterprise, but on Sunday morning he lost 17 cows and 12 sheep when the dam wall of the local Diamond mine collapsed, causing devastating flooding.

“I am hurting to have lost such a big investment. I have worked very hard for years in making sure that there would be something for my children when God remembers me,” said the 47-year-old.

The tragedy has been ruinous to livestock farmers. Besides animals being swept away in the flooding, natural grazing land which their livestock survived on has been destroyed.

Thousands of animals which survived the floods are now at risk of starvation as farmers are in desperately short supply of fodder to feed them.

Mojalle has had to continue working his shifts at the hospital, where many who were injured or made homeless by the floods have taken shelter.

“We know that salary was not enough and one had to come up with something that would give extra cash – hence I had livestock,” he said.

Morapedi Mokgorosi, also 47, lost three cows in the floods. He has searched for them to no avail. But now they are the least of his worries as he still has more cows, pigs and goats to feed.

“I have lost almost R40,000 and that’s too much. I am also worried because we would have to buy more food for the animals because they would not be able to graze since there is mud all over,” he said.