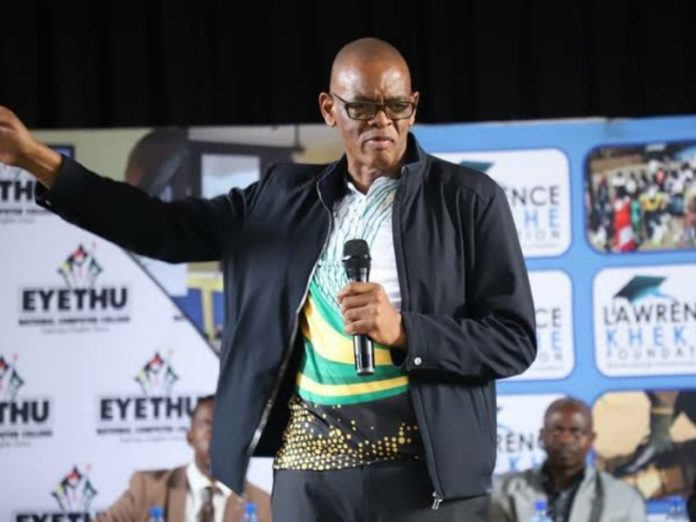 Shortly after the axe fell on Ace Magashule on Wednesday afternoon, there was an extraordinary twist.

A letter from the secretary general was leaked saying that he was going nowhere.

Instead, the letter said, he was suspending Cyril Ramaphosa.

After confirming it was indeed real, ANC national chairperson Gwede Mantashe shrugged off the letter. He told the the Mail and Guardian on Wednesday evening that the ANC would dismiss the letter “as coming from an aggrieved individual”.

Mantashe said Magashule’s move had not been discussed by the party. “This is an organisation. You don’t wake up angry and take a decision and communicate it.”

In the letter, he claimed his deputy Jessie Duarte had no authority to suspend him.

Political analyst Thabani Khumalo said Magashule’s latest move showed that he was a desperate man. Khumalo said the next coming days would be uglier as the two factions exchanged further blows.