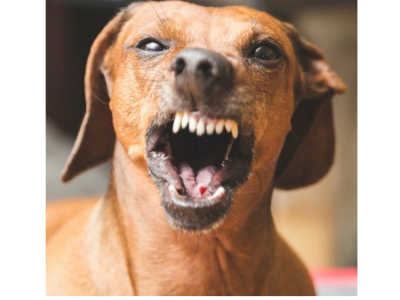 It was supposed to be a simple walk to the shop to buy cooking oil, but it turned into a tragedy when nine-year-old Thabiso Zulu was mauled and killed by four dogs.

His father, Dayalan Kanniappen from Verulam in Durban told Scrolla.Africa that Thabiso was attacked by two Rottweilers, a German Shepherd and an unknown breed on Thursday.

“The dogs would not let go of my son’s flesh despite his screams. He fought, but the dogs just kept ripping him apart,” said the emotional father.

“My son couldn’t move. He was sobbing uncontrollably. That sight of my son is haunting me. Even talking about it is painful.”

The neighbours rushed to Thabiso’s rescue and fought the dogs, but the attack continued until a passerby allegedly shot and killed all four dogs.

Bleeding heavily from an open stomach wound and a ripped arm Thabiso was transported to a local hospital where he later died.

Dayalan said he wanted the owner of the dogs, who is said to have fled the area with his family, to be arrested.

“He was reckless with the dogs, and now my son is dead. I want him to pay for this. He must be punished.”

Thabiso’s mother Nomusa was not ready to talk about her son’s gruesome death.

The Animal Matters Amendment Act says that any person whose negligence with an animal caused injury to another person is guilty of an offence and liable on conviction to a fine or to imprisonment of up to two years.

Provincial police spokesperson Captain Thembeka Mbele confirmed the incident, saying police were investigating a case of murder. No arrests have been made.