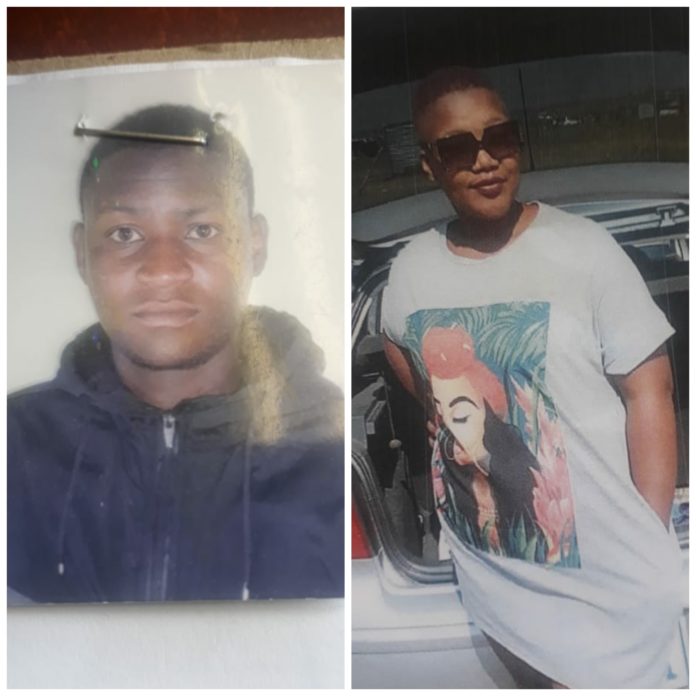 Two families are struggling to make sense of the disappearance of Mohloki Rahi and his girlfriend Tshepang Thakathayo.

“I think my son and his girlfriend have been kidnapped,” Mohloki’s father, Phoka Rahi told Scrolla.Africa.

The couple, Mohloki who’s 28 and Tshepang who’s 24-years-old, were reported missing last week Monday in Zamdela near Sasolburg in the Free State.

Rahi said when he did not hear from his son, they went to check on him but he was not at his shack. The place had been trashed but the valuable items like the TV were still there.

“It looked as if someone was searching for something,” he said.

“There was no forced entry. His girlfriend’s car was gone. I pray for their safety.”

Tshepang’s older sister Jennet, aged 29, said she got worried when Tshepang did not call her on New Year’s Eve.

“I saw she was also not online on social media and I knew that something was wrong. I hope my sister is well and we will be reunited again,” said Jennet.

“They were last seen on 28 December at about 10am. The couple allegedly went to his mother’s home at Taaibos to get food and they went to their home in Mooidraai, driving a silver Polo with Lesotho registration numbers. That was the last time they saw them.

“Anyone with information on the couple’s whereabouts must please contact Detective Sergeant Diamond Khambule on 082 059 3459,” said Makhele.