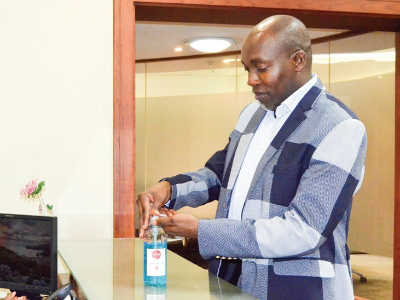 The ANC-run eThekwini Municipality has lost R86 million due to wasteful and irregular expenditure since the Covid-19 lockdown last March.

This was revealed in a comprehensive internal city report tabled during the executive meeting on Tuesday.

“As a political head, he must take responsibility for this,” said Zikode.

“This amount of money would have made a difference to the lives of the people who do not have proper houses and don’t have running water.”

Zikode said they would be protesting outside the city hall until those responsible were arrested.

No mention of names or items were made in the report as the investigations were still underway.

Mayor Kaunda called for the strengthening of internal control measures.

He said that consequence management would be implemented and said criminal charges would be opened against those responsible.

Nala Mhlongo, the chairperson of the city audit committee, said procurement and basic internal controls were not followed during the procurement.

He blamed municipal officials for pushback, saying the internal audit team experienced delays in getting information.

The list of ANC politicians who had been fingered in Covid-19 corruption includes Bandile Masuku and former President Cyril Ramaphosa’s spokesperson Khusela Diko.

Masuku was subsequently axed as MEC for Health in Gauteng, while Diko was suspended.

This was after the Special Investigative Unit (SIU) found that Masuku had failed to stop the contract that was awarded to Royal Bhaca Project, a company owned by Thandisizwe Diko, Khusela’s husband, who died earlier this week.