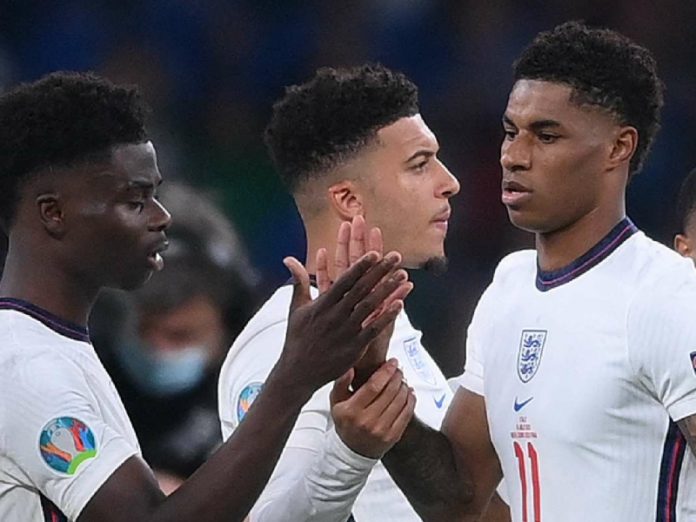 Bukayo Saka, Marcus Rashford and Jadon Sancho were racially targeted by England fans after the three players missed penalties during their penalty shootout loss to Italy on Sunday night in the final of the Euro 2020 tournament.

Rashford and Sancho were brought in off the bench by Manager Gareth Southgate specifically for the penalty shootout but both players failed from the spot.

The decisive penalty shot came down to 19-year-old Saka, who had never before taken a penalty in professional football but a save from the Italian goalkeeper Gianluigi Donnarumma gave Italy their second European championship.

After the game, Donnarumma was announced as the player of the tournament.

The Football Association (FA) of England said they strongly condemned the racial abuse.

“The FA is appalled by the online racism that has been aimed at some of our England players on social media,” said the FA in a statement.

England Prime Minister Boris Johnson tweeted: “This England team deserves to be lauded as heroes, not racially abused on social media. Those responsible for this appalling abuse should be ashamed of themselves.”

Facebook, who also owns Instagram, claims that it has removed users and comments that targeted English players.

“No one should have to experience racist abuse anywhere, and we don’t want it on Instagram,” a Facebook spokesperson told Sky Sports.

“No one thing will fix this challenge overnight but we’re committed to keeping our community safe from abuse.”

Several English fans have voiced their distaste of players kneeling in support of the Black Lives Matter movement, but this incident is further proof that further measures are required from social media platforms in the fight against racism in football.