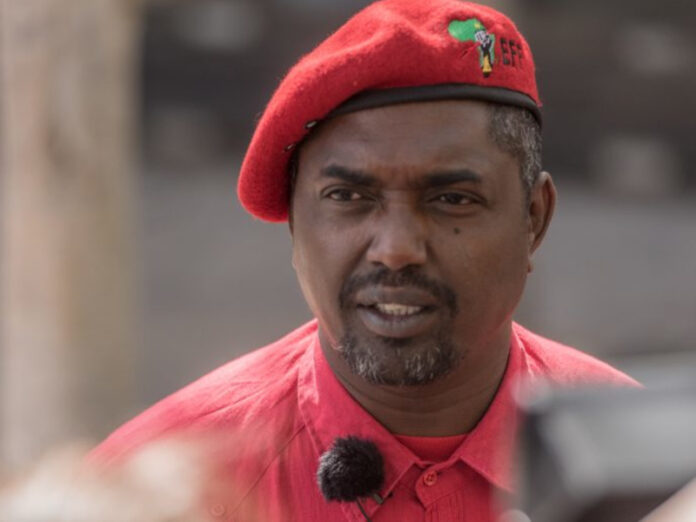 Another EFF heavyweight has thrown his weight behind an alleged violence instigator.

Former secretary general of the EFF turned lawyer, Goodrich Gardee is suing the Police Minister on behalf of Zamaswazi Majozi known on Twitter as Sphithiphithi Evacuator for unlawful arrest.

Majozi, a staunch Zuma supporter on Twitter, was arrested in August for allegedly inciting violence during the July unrest.

In a letter, Gardee informed Minister Bheki Cele and Police Commissioner Khehla Sitole that his client would be suing the police for millions of rand.

The letter says they are instructed to demand an undisclosed amount of money.

The letter adds that the amount is in respect of emotional shock and trauma, loss of income, personal security, public humiliation and constitutional damages for their client.

“The demanded amount herein should be paid within 60 days into our trust account,” the letter says.

The letter is said to serve as official written notification that the client intends to institute such legal proceedings for the damages sustained by them.

Cele’s spokesperson, Lirandzu Themba, referred all enquiries to Sitole, whose spokesperson, Dimakatso Sello, said she was waiting for input from her seniors.

National police spokesperson Brigadier Vish Naidoo could not be reached for comment.

Gardee is joining the likes of Advocate Dali Mpofu, a former EFF national chairperson who has been in the front line to assist Zuma supporters with legal services.