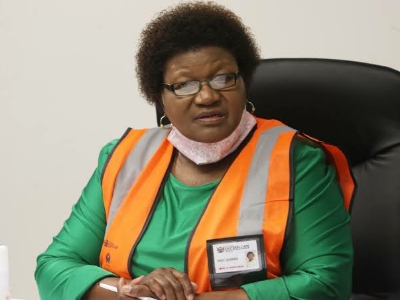 Gomba is implicated in a R10 million scam that inflated prices in the preparations for Madiba’s funeral in 2013.

Gomba’s dismissal gives the ANC National Executive Committee an important blueprint in its quest to force powerful office bearers and public servants to step aside when charged by the police.

The rule is seen as the strongest indication by President Cyril Ramaphosa that he remains committed to getting rid of corrupt office bearers in ANC structures and party deployees including councillors, mayors, MECs, premiers and cabinet members.

Last week, the president strengthened his resolve with the announcement of a new well-funded anti-corruption agency.

For months now the ruling party has been trying to force its secretary general Ace Magashule to step aside until cleared by the Bloemfontein Magistrate’s Court.

Magashule has been charged with fraud and corruption in the R250 million asbestos scandal dating back to when he was premier of the Free State.

Magashule has refused to step aside saying the rule applies to public servants adding that only a conference of delegates has power to remove a secretary.

Earlier in the week, Gomba also refused to go voluntarily, forcing the hand of the ANC provincial chairperson and premier to fire her.

The controversial Gomba has survived numerous scandals including her plan to blow R10 million on scooter ambulances last year.