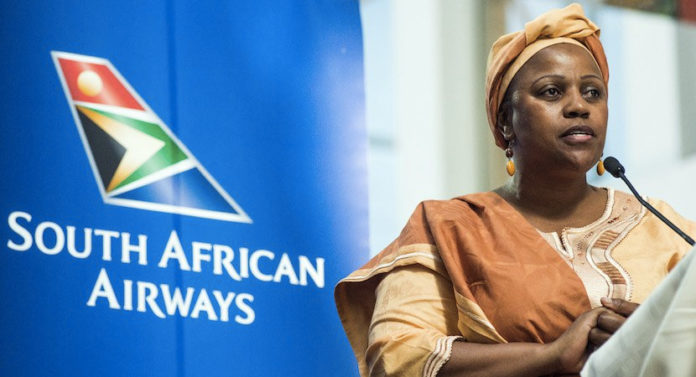 The Zondo Commission will lay criminal charges against Dudu Myeni for naming a confidential witness despite being repeatedly ordered not to do so.

On Friday Deputy Chief Justice Raymond Zondo said he had ordered the commission’s secretary to “lay a criminal complaint against Ms Dudu Myeni”.

Myeni, the former chair of SAA and Mhlathuze Water, was specifically ordered by Zondo not to name a confidential witness who was granted anonymity because he feared for his life.

The hearing was about Mhlathuze Water. Myeni was implicated in the testimony of a Mr. X, who told the commission his company had been used by a company belonging to one of Myeni’s sons to deposit R3 million.

Mr X also said he had evidence that money was withdrawn from his account at the instruction of Myeni.

Myeni went ahead and named him in the hearing despite being told not to.

Myeni is a well-known ally of former president Jacob Zuma. She headed his foundation while she chaired the SAA board. She was recently declared a delinquent director by the Pretoria High Court after the Organisation Undoing Tax Abuse (Outa) took her to task for her destructive reign at the national airline.

Despite numerous allegations of maleficence and alleged corruption against her, she refused to answer questions during her testimony before Zondo earlier this month.

“May I not respond, chairperson, in case I incriminate myself” was her repeated answer and it is now an internet meme.