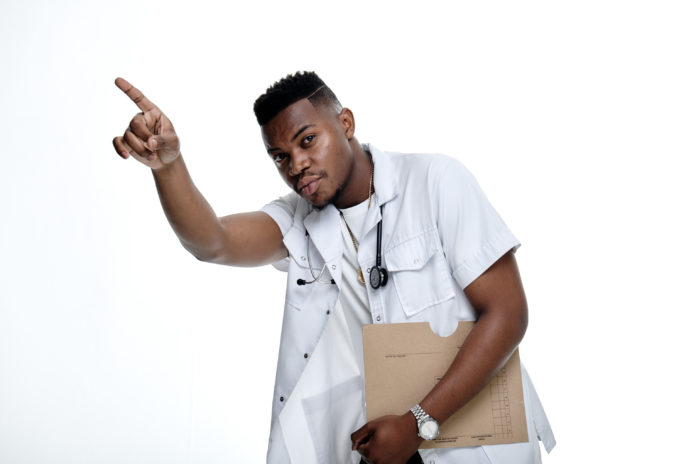 Senzeni Tshuma, known by his stage name of Dr Senzo is a songwriter, a guitarist and a singer – and he is also a qualified medical doctor.

Dr Senzo said as a boy he wanted to be a musician, but he was forced to study medicine to please his father.

“And it wasn’t easy to give up on music. My father bought me a guitar for my ninth birthday,” he said.

“From that day, music was my soul partner. While other kids were in the street playing, I was indoors playing guitar and singing.”

His father knew how much Tshuma loved music but he wouldn’t let him do music without having a professional qualification.

“When I enrolled for medicine, I just did it to get my father off my back, but after a few months I fell in love with the profession,” he said.

“Helping people is close to my heart. I’m happy my father drove me into medicine. It helps me fulfil my purpose which is to heal,” said Tshuma.

While studying, Tshuma used his spare time to write music and play the guitar.

During his final year of studying in 2018, Tshuma released four singles titled Dear Mary, Nobody but You, Hard to Move on and Prodigal Son.

“I believe medicine heals the body but music heals the soul. I am happy with the double-healing I offer to the world.”

“I’m marketing these songs with the little time I get from my work schedule. I’m also writing other songs which I would like to record for my album when the time is right.”

Tshuma is currently practicing as a doctor at the Edendale Hospital in Pietermaritzburg, KZN.