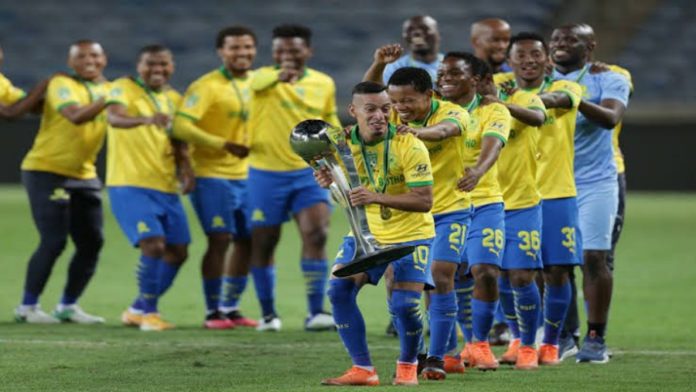 Mamelodi Sundowns managed to avoid another DStv Premiership team in the Nedbank Cup last 16 draw that was held on Monday.

Downs, who are the competition’s reigning champions, were drawn at home with the GladAfrica Championship outfit Polokwane City.

The two teams know each other very well having met several times while City were still playing in the top flight. There was speculation that Sundowns might be drawn with their nemesis Orlando Pirates.

Pirates, however, will face tougher opposition in the last 16. They were drawn at home with DStv Premiership strugglers Maritzburg United.

There are only three fixtures that saw DStv Premiership teams drawn together. Black Leopards take on AmaZulu at home and Tshakhuma Tsha Madzivhandila host Swallows FC.

Other fixtures saw GladAfrica Championship teams being drawn together.

Dates and venues of the Last 16 matches will be announced by the Premier Soccer League in due cause. On Monday there was one last 32 fixture being played.

GladAfrica Championship outfit Cape Town Spurs caused yet another upset when they eliminated a top fight team. They beat Baroka FC 5-4 on penalties.

The big upset in this season’s competition was on Sunday when Kaizer Chiefs were stunned and booted out by the First Division team Richards Bay. Baroka, however, were the first team to cause such an upset back in the 2010/11 season when they were still playing in the lower division.

They eliminated Chiefs in the last 16 and on Monday they got a taste of their own medicine when the Urban Warriors knocked them out. There was no separating the two clubs in 90 minutes and extra time. The match ended  1-1 and the penalty shootout was held to decide the tie. Baroka beat both Swallows and Kaizer Chiefs during that season.