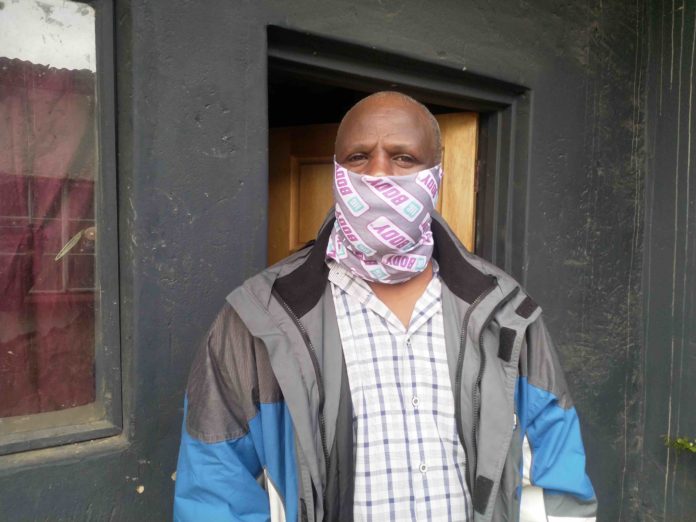 Edwin Ramotse from Alexandra pleaded with the government to be taken out of his community and be quarantined somewhere else.

But the Gauteng department of health says not all people who test positive qualify to be quarantined at government-designated quarantine sites.

Edwin was staying in his one-room brick house in a yard that includes more than 18 other families in Alexandra, north of Johannesburg.

Edwin works at a company in Bramley.

When he learned he had tested positive for Covid-19, Edwin was worried he could infect dozens of people in the yard where he stays.

Edwin said his colleagues told him to stay home and drink hot water mixed with lemon and ginger.

He said that at the age of 52, his health is fragile and this virus could turn into bad news for him.

“My big worry is whether I will still have my job after I have recovered or if I will lose my job just like many people who are losing their jobs in the country at this moment.”

Edwin said he stays alone in his room but the yard has many children who play around in it.

“It would save other people if I was taken away from the place where I stay to a quarantine site. I don’t know how it works for someone to be taken to those sites,” he said.