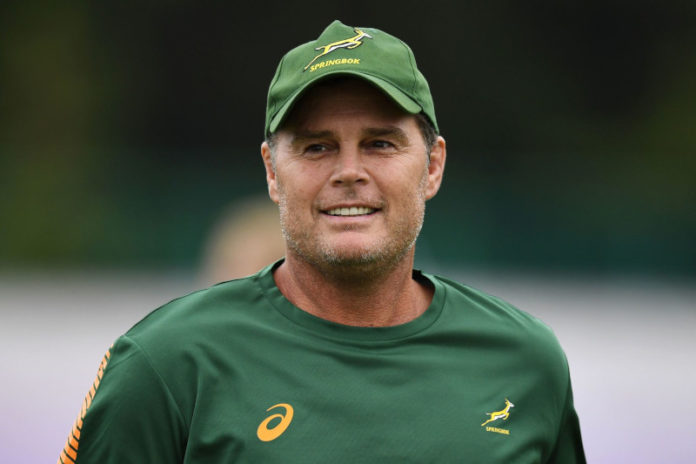 If there is an elephant in the Springbok changing room that nobody talks about, it has to be about the role that Rassie Erasmus plays, and will play, during the B&I Lions tour and beyond.

After all, he was the man who steered the Springboks to the 2019 World Cup victory and did it masterfully. But then he was the coach and now he is ‘only’ the Director of Coaching. Jacques Nienaber, the defensive coach at that tournament, is now the head coach.

It was therefore interesting to look out for any sightings of a stray Erasmus at the match against Georgia on Friday. Will he, in future, be the power behind the throne or will he let Nienaber get on with the job?

When the Springbok team arrived he was sighted getting off the team bus but then he wasn’t seen again – until he was seen running onto the field during the match wearing a peak cap and carrying water bottles, as the waterboy!

It was the role Nienaber played at the World Cup.

“It was nice for me to be able to chat with Rassie and get his feedback from the players and running water on the side,” Nienaber told Sport24 after the match.

“Hats off to him for wanting to do that. Hopefully he makes himself available for the next game as well.”