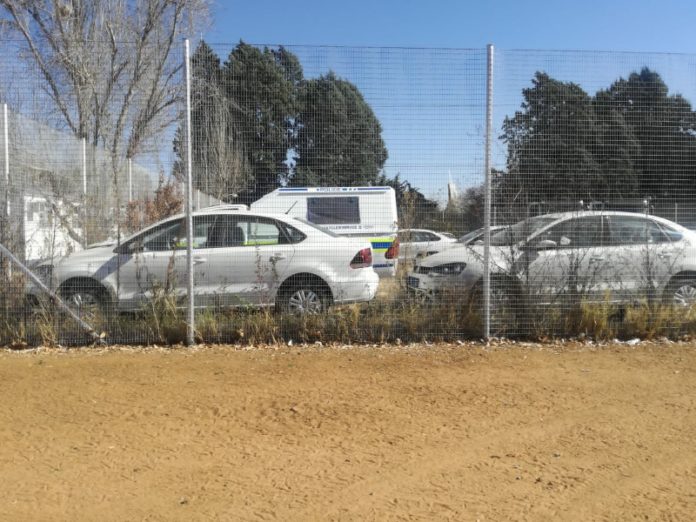 When Bloemfontein cops cried for police vehicles to do their work, Police Minister Bheki Cele heard their pleas.

He personally delivered 100 cars to them.

But that was in December last year and the cars have still not been put into service. They are sitting unused, out in the open, exposed to the elements and gathering dust.

The forgotten cars in the Bains Vlei area include BMWs, Nissan NP300 bakkies, VW Polos and police vans. All are supposed to be used to combat crime.

Cops told Scrolla.Africa the detective units are struggling the most.

“We are forced to share cars and sometimes colleagues take longer to wrap up with their work and allow others to work,” he said.

Another cop said: “Bheki Cele saw the need to give us those cars so that we could work. But our management wants to keep them as if it’s their own personal cars. Yet they want us to deliver and they don’t want to hear excuses.”

Another cop said the tyres of the parked cars will deteriorate if they are not used.

“It will be another cost to fix those cars. I won’t be surprised if rats have fed on the electrical cables,” he said.

“There’s a bush near that car park. There may be snakes inside those engine compartments.”

The cops said that most of their cars were still awaiting repairs at the government garage.

Police spokesman Brigadier Motantsi Makhele said the new cars were being kept in case the old cars are involved in accidents.

“The place is a storage facility. But cars are being allocated from time to time. Stations will have resources after fixing backlog challenges at the garage,” said Makhele.