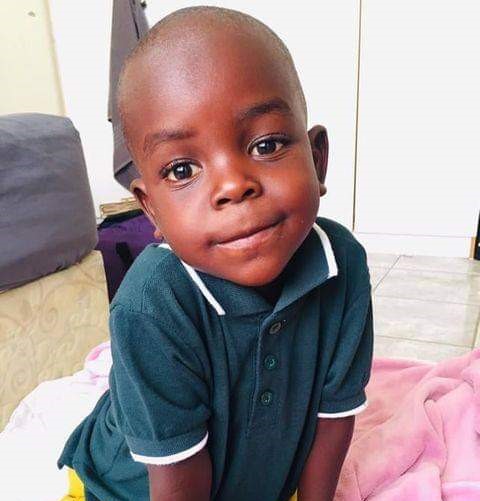 The community of the Namibian coastal town, Lüderitz, has refused to abandon hope as they continue to search for a four-year-old boy who went missing three days after Christmas and a week before his birthday.

Spencer Mandela Nakale was last seen at his aunt’s house, where he was visiting for the holidays.

Since then the local community has united to search every corner of the surrounding area for the missing boy.

Last week, armed with scissors, knives, pangas and other sharp objects, community members slashed the reeds near Wesco Engineering Services in the hope of finding the child of Nelson Mandela Nakale and Julia Ndayaalako. Today they searched in the caves above the two fishing factories in the town.

Ronaldo de Klerk, a local father of four, has played an instrumental role in gathering both human resources and equipment for the search.

De Klerk, together with the police, spent hours in a rubber dinghy in the Atlantic Ocean last week searching for Spencer after a police sniffer dog got wind of his scent near Aeroplane beach.

Spencer’s father told The Namibian last week that he still has hope his son will return alive and well.

Describing his son’s appearance, his father said: “He has a scar inside his lower leg from an accident he had a year ago. Mandela also responds to the name Mbushe and is tall for his age. He is almost as tall as a five-year-old.”

Spencer was three when he went missing but turned four last Friday.