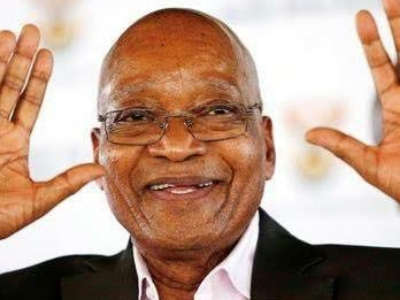 Jacob Zuma has lashed out at deputy chief justice Raymond Zondo, who earlier in the day instructed that a criminal complaint be laid against the former president for refusing to appear at the state capture commission.

“I wait to face the sentence to be issued by the Constitutional Court,” Zuma said in a 12-page statement released on Monday night.

He continued to play the victim, repeating discredited claims that “the commission was conceptualised as part of the campaign and sponsored multisectoral collaboration to remove me from office”.

Zuma was ordered by the Constitutional Court to honour a subpoena to appear at the state capture commission on Monday for a week of testimony.

Zuma’s lawyers did not show up for the Constitutional Court’s hearing on the matter, but they continued to argue that Zuma’s rights were being prejudiced.

Two weeks ago Zuma said he would not attend the commission, and failed to appear on Monday morning – forcing Zondo to file a criminal complaint for contempt of court.

Two charges have already been laid against Zuma, for leaving the commission without permission and refusing to appear in January.

In his statement – which also attacked President Cyril Ramaphosa – Zuma claimed Zondo “displayed questionable judicial integrity, independence and open-mindedness required in an investigation of this magnitude”.

As part of the reason he did not show up on Monday, Zuma claimed that he was waiting for a judgment on his court case for Zondo to recuse himself.

This is classic Zuma – employing every possible trick to avoid accounting for the vast corruption that happened while he was president.

He has used this Stalingrad technique for the past two years to evade testifying at the commission he set up.

Zuma also lashed out at the judiciary, who he accused of having “long left their constitutional station to join political battles”.

He claimed Zondo and the commission’s legal team head advocate Paul Pretorius were trying to “turn all the narratives against me into evidence”.

However Pretorius said more than 40 witnesses have linked Zuma to corruption.