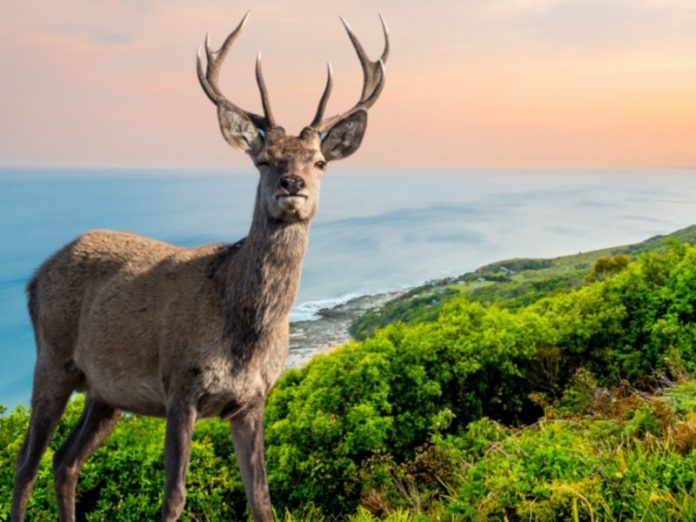 Australian authorities have fined two naked sunbathers for breaching the Covid lockdown, after the pair were startled by a deer and got lost in the forest and had to be rescued by a helicopter.

The country reintroduced strict lockdown measures as it struggles to stay on top of a recent outbreak of the highly infectious Delta variant.

New South Wales police commissioner Mick Fuller told reporters during a news conference on Monday that a case had been opened against two men who broke lockdown rules in a truly bizarre manner.

“They were startled by a deer, ran into the national park, and got lost,” the disgruntled official said.

“Not only did they require assistance from (emergency services) and police to rescue them, they also both received a ticket.”

The two men broke rules forbidding them from leaving the city of Sydney.

In a statement, police say that they responded to a call from the men, who had gotten lost near a beach in the 15,000-hectare Royal National Park.

Soon after the search commenced, emergency crews encountered a naked 30-year-old man carrying only a backpack and a “partially clothed” 49-year-old man.

It is “difficult to legislate against idiots,” Fuller grunted at the news conference.

By the evening, the word “deer” was trending on Australian Twitter.

“Let those among us who have NOT been startled by a deer while sunbaking naked and then run into a forest before getting lost requiring police to render assistance cast the first stone,” joked Malaysian Australian chef Adam Liaw.