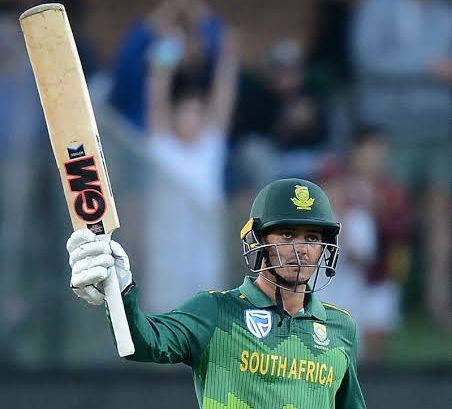 The Proteas captain Quinton De Kock reckons the Test series scheduled to begin Tuesday morning against Pakistan will depend heavily on spin-bowlers from both teams.

This means wicket-keepers and in-field players need to be on their toes for loose balls and to guard against catches.

The match will start in the port city of Karachi at 6:45am (CAT). It will be the first time in 14-years since South Africa’s national men’s cricket team toured Pakistan.

De Kock says they are anticipating a tricky game because they do not know much about their opponents’ players as most of the Pakistan players are a new crop of young blood.

“Our biggest challenge will be unknown conditions. But their selections say a lot about where they want to go and how they want to prepare the wickets,” stressed De Kock, who says they will rely on the instructions of head coach, Mark Boucher.

The Proteas have the same advantage as most of the current squad have never toured Pakistan since the 2009 militant attack on a Sri Lankan bus in Lahore.

Looking at the head-to-head statistics, the Proteas have the upper-hand against Pakistan with 15 wins from 26 Test series – losing just four and seven ending in stalemate.

In the most recent series that South Africa played, they convincingly defeated Sri Lanka 2-0 at home.

Due to the Coronavirus (Covid-19) pandemic, all matches will be played behind closed doors.