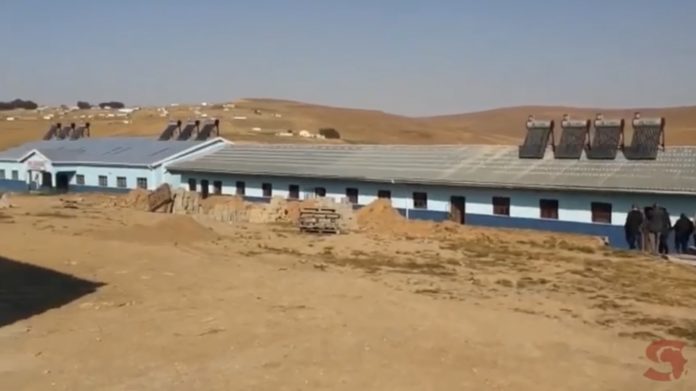 Already overwhelmed by the rising cases of patients with Covid-19, the Eastern Cape government has confirmed some 888 nurses and doctors have also been infected by the coronavirus.

So far the provincial government says it has paid over R11 million to various guest houses and hotels that are being used as quarantine facilities.

Scrolla.Africa recently reported on this channel that an outbreak involving over 200 learners from Makaula Boarding School in Mount Frere overwhelmed the local Madzikane Ka Zulu Memorial Hospital. This meant learners had to be quarantined in local guesthouses and Matatiele’s Royal Courtyard Hotel almost 200 kilometres away. The school is pictured above.

Mabuyane said: “In light of our health system being overwhelmed, we have made a request to national government to deploy the medical team of the South African National Defence Force to assist us with the health intervention of our strategy.”

The province has 27 686 confirmed cases, and 422 deaths. After Gauteng, which is having a surge in cases at the moment, the Eastern Cape is the third most affected province. The Western Cape remains the worst, but the number of new cases is starting to drop.