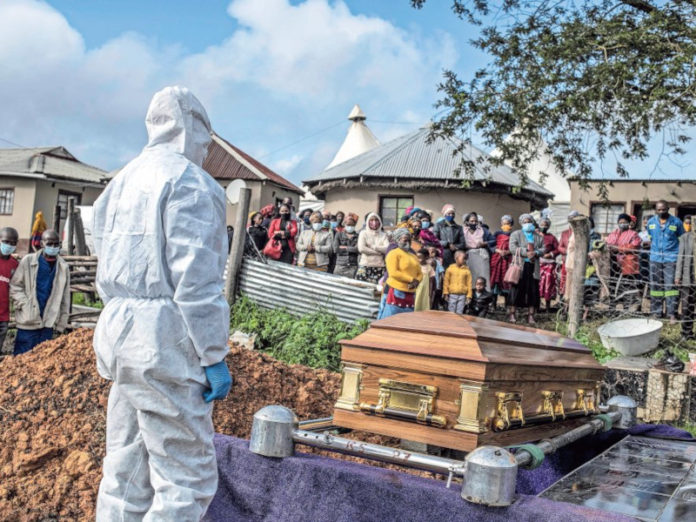 Two weeks ago, Limpopo had 385 active Covid-19 cases, today the province has 10,146 active cases and reports 2,500 cases daily with the Delta variant detected in the province.

“There is no control,” Ramathuba told Pretoria News.

“You can’t avoid people comforting each other when they are crying and that’s how it spreads. We also hang around after funerals for after tears.”

Ramathuba said funerals in the province have increased due to the severe rise in deaths in Gauteng with families wanting their relatives to be buried in their home province of Limpopo.

She said she was worried about the travel between Gauteng and Limpopo especially given the magnitude of the third wave.

Ramathuba said: “On the N1 North on Friday you will see many vehicles going home to visit and on Sunday they travel back again. The reasons are many, including funerals.”

Makhado in Limpopo has been identified as a Covid-19 hotspot with reports suggesting that it might be because the village has been hosting funerals every day.

Ramathuba urged individuals to not cater for funerals in an attempt to prevent the spread of Covid-19.