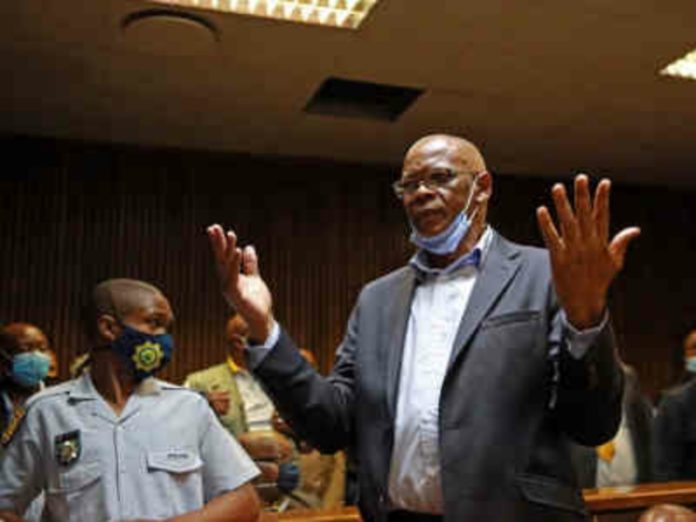 Zuma’s application at the Pietermaritzburg High Court was dismissed with costs. This means that Zuma will continue to serve his 15 months sentence at the Estcourt correctional services.

Magashule’s bid to have his suspension as ANC secretary-general declared unconstitutional was rejected by the South Gauteng High Court, as was Magashule’s attempt to suspend President Cyril Ramaphosa.

Magashule said he would appeal the judgement.

Zuma is now pinning his hopes on the Constitutional Court, where he applied to have his sentence reversed. The matter will be heard on Monday 12 July.

If Pietermaritzburg Judge Bhekisisa Mnguni had ruled in favour of Zuma, the former president might have walked out of the prison pending the outcome of the ConCourt on Monday.

Zuma started his sentence officially on Thursday, after a nine-hour negotiation with police to hand himself over before the midnight on Wednesday deadline.

Magashule’s attempts to return to his full-time job at Luthuli House, the ANC headquarters, were stalled.

Magashule had applied to have his suspension in May declared unlawful, unconstitutional, invalid and null and void.

But the judges threw his case out.

The judges also declared his suspension letter to ANC President Ramaphosa unconstitutional. “Ramaphosa’s suspension was in conflict with the ANC constitution,” the judges said.

The ANC suspended Magashule after he refused to voluntarily step aside after he was charged with fraud and corruption for the R255 million asbestos tender issued during his time as Free State premier.

The latest legal blows for Zuma and Magashule come as the battle for the soul of the ruling intensified ahead of the all-important elective conference next December.

ANC national executive committee (NEC) member and Transport minister Fikile Mbalula tweeted: The “ANC is like an ocean it cleanses itself” shortly after the two judgements were handed down.