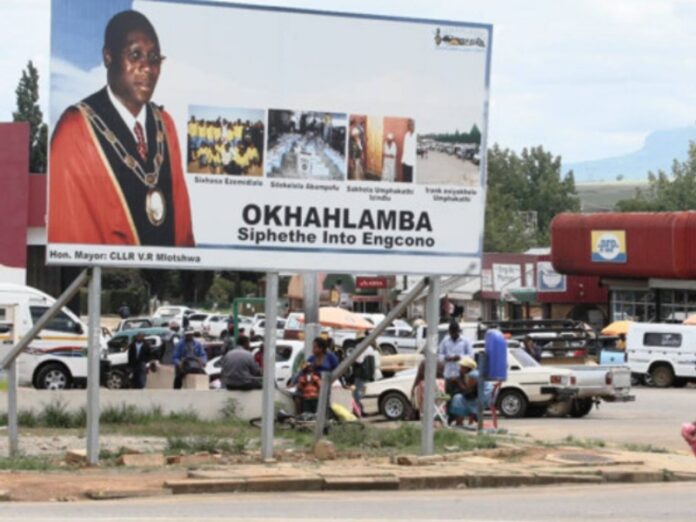 Rebel ANC councillors, who were fired for plotting with the opposition to vote out Mayor Vikizitha Mlotshwa, have been reinstated by the Pietermaritzburg High Court.

This has forced the Independent Electoral Commission (IEC) to withdraw the ward 12 byelection in the uKhahlamba Local Municipality in Bergville, KwaZulu-Natal, scheduled for June.

Mlotshwa was accused of defrauding the uKhahlamba Local Municipality in Bergville of R1.4 million that was meant for a Human Rights Day event.

He was also accused of defrauding municipal funds to pay for his three-day long traditional wedding in January.

The two ANC councillors Vusimuzi Wiseman Mazibuko and Musawenkosi Moses Hadebe were fired from both the municipality and the party for colluding with IFP and DA councillors to remove Mlotshwa of the African Peoples Movement Organisation (Apemo), who was in a coalition with the ANC.

The ruling, which Scrolla.Africa has seen, instructs the IEC to withdraw the by-election.

It also instructed the ANC and uKhahlamba Municipality to reinstate Mazibuko and Zakwe back to their positions.

Regional ANC secretary Bheki Khanyile told Scrolla.Africa that the matter is still with the Provincial Executive Committee of the party.

“Therefore, the ANC will be able to decide the way forward about them after that provincial meeting,” says Khanyile.

A third councillor, Gloria Ngozo from the National People’s Ambassador (NPA), will hear on Friday whether the High Court will bring her back after her party fired her for plotting to vote out the uKhahlamba mayor. Her party is in coalition with the ANC and mayor’s party Apemo.

NPA leader Nathi Mthethwa says they will wait for the court ruling on Friday to decide the way forward.