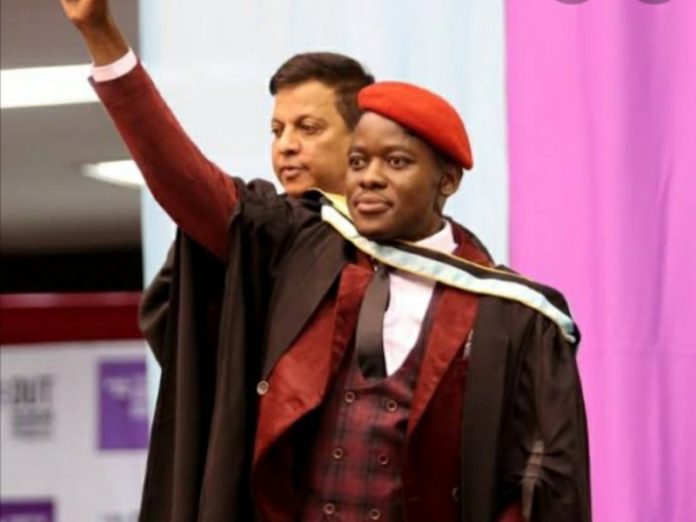 It looks as if Fees Must Fall activist Bonginkosi “Education” Khanyile has not learnt his lesson.

On Saturday a video was shared on social media of Khanyile in a supermarket protesting for the release of former president Jacob Zuma.

He is heard shouting, “amandla!” and encouraging people to support Zuma’s release.

“We urge you to support us so that he can be released from prison,” calls Khanyile.

Bonginkosi Khanyile’s house arrest sentence ended in January this year and now he is at the forefront of the Free Zuma protests taking place in Durban and other areas of KZN.

Khanyile was arrested in 2016 while he was still a student at the Durban University of Technology and convicted for public violence. He was sentenced to a suspended five-year sentence and was given a three-year house arrest sentence in 2019.

He led the Fees Must Fall protests that took place at higher education institutions countrywide. At that time, students were demanding the introduction of free education and Zuma was still president.

Khanyile, accompanied by his mother, Phumzile Khathini, also took part in the Free Education night vigil that was held outside of the Union Buildings.

In 2017 he was visited by EFF CIC Julius Malema at Westville Prison after he became the only person from the group behind the Fees Must Fall protest to be arrested in 2016. The EFF deployed Advocate Dali Mpofu to represent him in court.