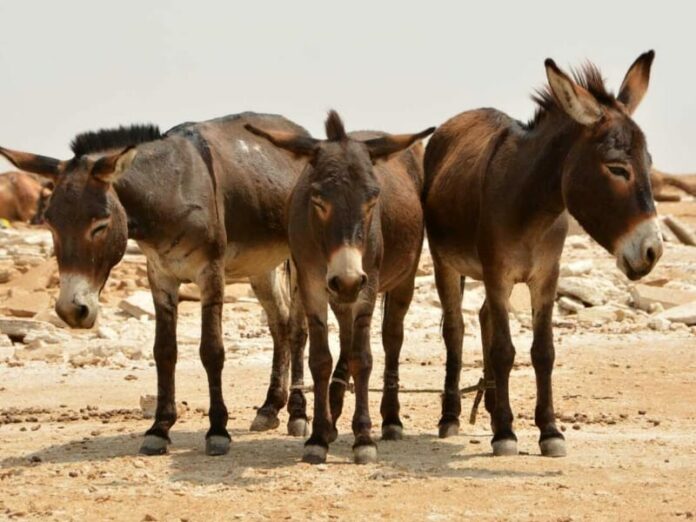 South African donkeys are being slaughtered for a traditional Chinese medicine called Ejiao.

The illicit trade has raised concerns about the future of the donkey population and has caused a spike in theft of the animals.

Inspector Keshvi Nair from the National Council of SPCAs (NSPCA) told Business Insider that donkeys are stolen and transported to KwaZulu-Natal before being sent to the mountains in Lesotho.

Nair said the organisation is concerned with reports indicating that the animal is not unconscious before being slaughtered as required by law.

“The animals are stabbed in the head with screwdrivers or crudely and unreliably bludgeoned and then skinned,” he said.

“During the investigation of one of our cases, a qualified veterinarian confirmed after an autopsy that the donkeys were most likely still alive when they were skinned.” The gelatine made from the skin is sent to China.

Donkey hide glue is produced from the collagen from the animal’s skin and is often used in traditional Chinese medicine, according to The Donkey Sanctuary, a welfare organisation in the United Kingdom.

Ejiao is used as a blood tonic by people with anaemia, low blood cell counts or reproductive problems.

The skin is soaked to extract the substance used in the medicine. It is also used to make soap, liquids, pills, tonics, beauty products and sweet syrups.

The most recent case involves 100 donkeys that were rescued and prevented from being smuggled in March 2021.

The slaughter of animals for human consumption is legal in South Africa through registered abattoirs, of which South Africa has two.

“From the number of skins that are found or are leaving our borders it is safe to say that it is being done illegally,” said Nair.