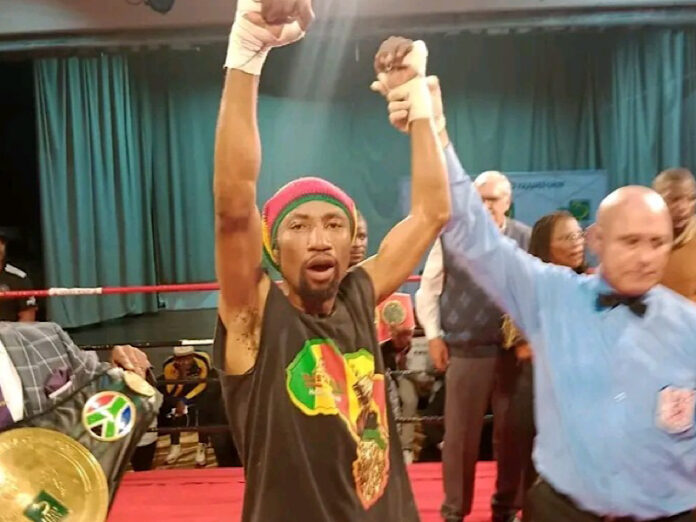 The International Boxing Federation (IBF) has promised to resolve the case of Bongani Mahlangu, who is yet to receive his belt six months after winning it.

Mahlangu claimed the title in July last year when he defeated Ayabonga Sonjica at the Rumble Africa Promotions-staged tournament in the Eastern Cape.

Mahlangu stopped the unbeaten Sonjica in the sixth round to win the South African and IBF Continental Africa junior-featherweight titles at the Orient Theatre venue.

But – bizarrely – up to this day, the Gauteng-based champion is yet to put his IBF belt around his waist.

“We are aware of the matter but let me clarify something. When there’s a new champion, the promoter has to pay for a new belt. The belt then gets sent to me, I then hand it over to the boxer,” he said.

“Unfortunately, that didn’t happen after getting hold of Rumble Africa. Initially, they said they didn’t have an invoice. I sent it to them.”

De Vries said he has since written to the IBF asking for its intervention.

“I have spoken to Mahlangu’s manager telling him that when the belt arrives I will arrange to meet at Colin Nathan’s gym.”

Mahlangu confirmed De Vries had been in touch with him. “At least there’s light at the end of the tunnel. I need that belt because I worked hard for it.”

The 42-year-old champion is due to make a voluntary title defence against former champion Innocent Mantengu in a tournament scheduled for KwaZulu-Natal next month.