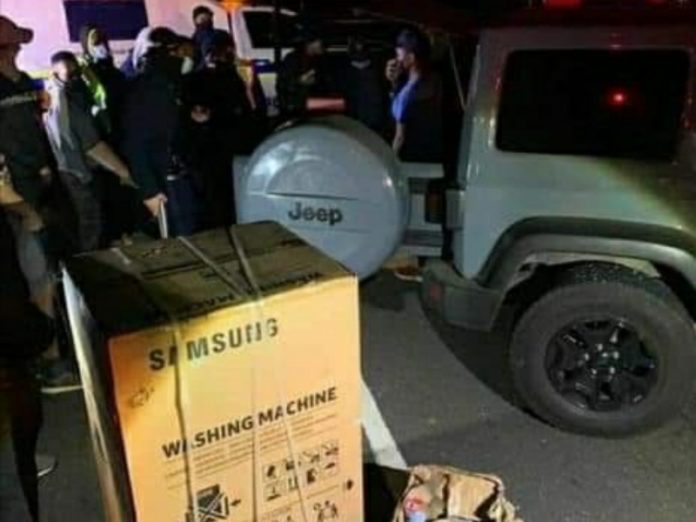 Not all of this week’s looters were desperately hungry people who had reached a breaking point.

The CEO of a major company has been arrested for allegedly stealing a Samsung washing machine during the looting spree in Durban.

Qhawe Sithole, who lives in the leafy suburb of Umhlanga north of Durban and drives a Jeep Wrangler (shown above with the washing machine), has been suspended by the board of Ubuntu Wealth Management after he was arrested on suspicion of being involved in criminal activities.

In a statement on behalf of the board, Mmangaliso Nxumalo said Sithole had been suspended with immediate effect pending the outcome of his case and an independent investigation of the charges that have been brought against him.

On its website Ubuntu Wealth Management says its goal is to “help you grow the wealth you need so you and your family can enjoy life to the fullest.”