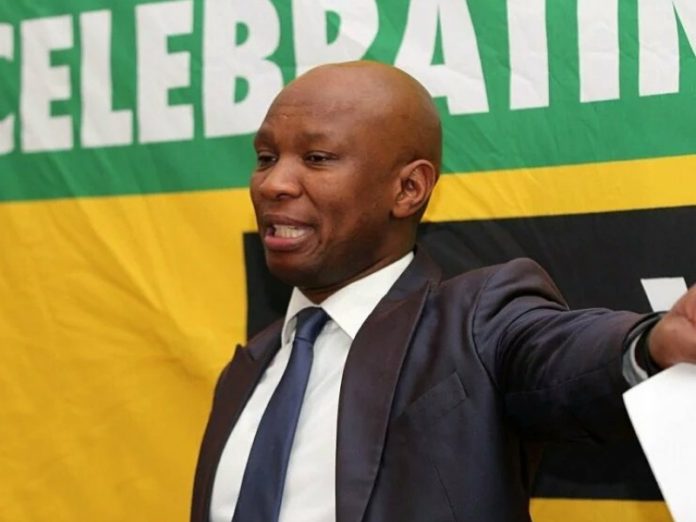 The calls are mounting for Zizi Kodwa to go, in line with the ANC’s step aside policy for corrupt leaders.

This comes after the deputy minister of state security admitted to having received a R1 million loan from former EOH boss Jehan Mackay.

Kodwa appeared at the state capture commission on Monday in his capacity as the former ANC spokesperson.

He was grilled by advocate Matthew Chaskalson on the circumstances surrounding the loan he received from Mackay.

“I want to put it to you that it is untenable for a deputy minister of intelligence to be beholden to someone who is at risk of prosecution of fraud and corruption,” said Chaskalson to Kodwa.

“That is an issue I have to manage,” Kodwa replied.

His admission has now landed him in hot water as his political foes are gunning for his head.

Even though Kodwa said the R1 million was a loan, he has still not paid it back.

“I told Mr Mackay that I will only pay him back when I have a stable job.”

He said his current job as a deputy minister was not stable enough to begin paying money back.

“I could be removed from this position at any time,” said Kodwa.

Ace Magashule, the party’s former secretary-general, was among the ANC bigwigs who were forced to step aside from their positions over the R255 million asbestos tender issued during Magashule’s tenure as Free State premier.

The festival never happened, despite the staggering amount of money the provincial government paid towards it in 2013.

He was MEC for Economic Development at the time.

Others, such as former eThekwini mayor Zandile Gumede, currently an MPL, have refused to step aside.

She was facing charges from the R430 million Durban Waste Solid tender.

President Cyril Ramaphosa is the only person empowered by the Constitution to hire and fire cabinet ministers.

Kodwa is Ramaphosa’s loyal backer, and it remains to be seen whether the president will remove Kodwa from his position amid the R1 million saga.

Kodwa refused to comment following his testimony at the commission.