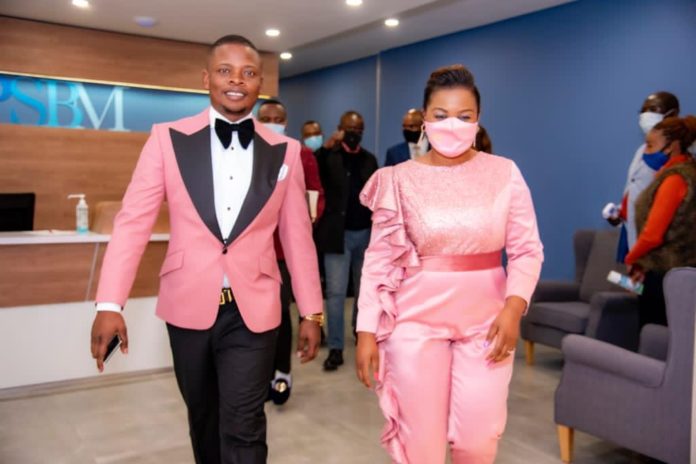 Fugitive Prophet Bushiri and his wife Mary are spending a night in a Malawian police cell after turning themselves into the police in the capital, Lilongwe.

The Bushiris released a statement early on Wednesday saying they had handed themselves in “to legally explain and defend the decisions that they made to come to Malawi.”

They have since applied for bail, but are behind bars at least for tonight.

It remains a mystery how Malawi’s richest man and his wife jumped bail in South Africa and escaped to Malawi. The couple is facing charges of money laundering and fraud.

President Cyril Ramaphosa says the saga is embarrassing and said “I have instructed the concerned parties to give me a detailed report about the whole saga within 48 hours”.

Speaking to Scrolla.Africa from Lilongwe, Minister of information Gospel Kazako said the Bushiris “will appear in court in Lilongwe tomorrow (Thursday) where their bail hearing will be heard.”

Kazako said that his government would follow the legal process if the court decided to extradite them.

Kazako remained tightlipped on how the Bushiris got to Lilongwe saying it was still under investigation. “We will put out that information as soon as it is available to us. We are not, in any way, in the business of hiding anything from the public.”

The Bushiris are not the only famous people to have slipped out of South Africa illegally.

•    Grace Mugabe – Last seen 2017. Former Zimbabwe’s first lady was charged with assault. There is a warrant of arrest against her

•    The Guptas – Last seen in 2018. The Guptas are facing corruption charges relating to the state Capture

•    Samantha Lewthwaite – dubbed “the White Widow”. Last seen in 2011. She was charged with conspiracy and possession of explosives

South Africans who have skipped the country and are wanted by the South African government to face the law:

•    Gerhard Jansen – wanted for murder. He escaped to Brazil. He was brought back to SA this year after nine years on the run.