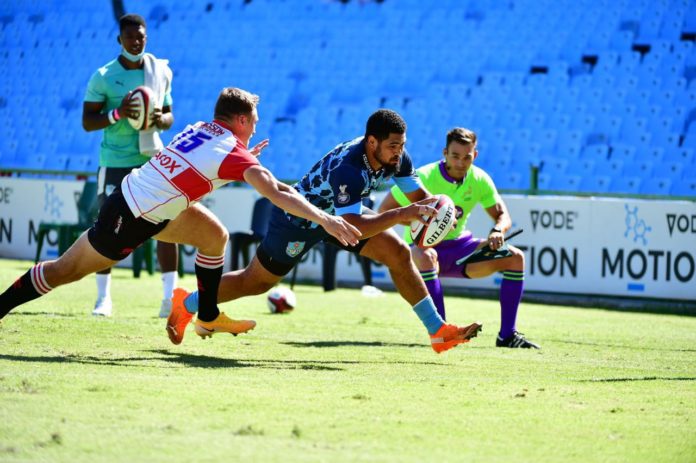 The Bulls secured a home Currie Cup final by beating the Lions 26-21 in a tight semi-final match on Saturday afternoon at Loftus Versfeld Stadium in Pretoria.

A brace of tries from Stravino Jacobs and a try from Johan Grobbelaar were enough for the Bulls to secure a home semi-final while Wandile Simelane, Willem Alberts and Burger Odendaal forced a nervy finish with tries for the Lions.

Jake White’s side showed patience in attack and capitalised on ill-discipline from the Lions to lead 11-0 going into the break, with experienced flyhalf Morne Steyn kicking two penalty goals and Jacobs scoring the only try of the half.

The second half was a tightly-fought affair and the Lions came back stronger and scored quick tries in succession to level matters at 14-14. Willem Alberts and Wandisile Simelane scored the tries for the Johannesburg side.

The Bulls regained the lead to 21-14 courtesy of a try by Johan Grobbelaar. The Lions were dealt a huge blow soon after the try, when Marvin Orie and Willem Alberts were sent to the sin bin by referee Rasta Rasivhenge for different infringements.

The Lions coach Ivan Van Rooyen refused to blame the referee for the decision he took to give out the yellow cards.

The home side used their numerical advantage to score the third try and Stavino Jacobs completed a brace thanks to a well-timed chip from Chris Smith. However, the Lions showed character and fighting spirit until the end.

“I am happy with the fighting spirit from the guys, we scored two tries and in the end we had to play with 13 guys so I am proud of the fight back,” Van Rooyen added.

The Lions were rewarded with a try by Burger Odendaal, but the try was too little too late as they went down 26-21.

In the second semi-final, the Sharks edged out Western Province 19-9 to reach the final. The Bulls will host Sharks at Loftus Versfeld Stadium in Pretoria on Saturday, 30 January.

The Bulls will be looking to win the Currie Cup for the first time since 2009, hoping to end a drought of more than ten years.