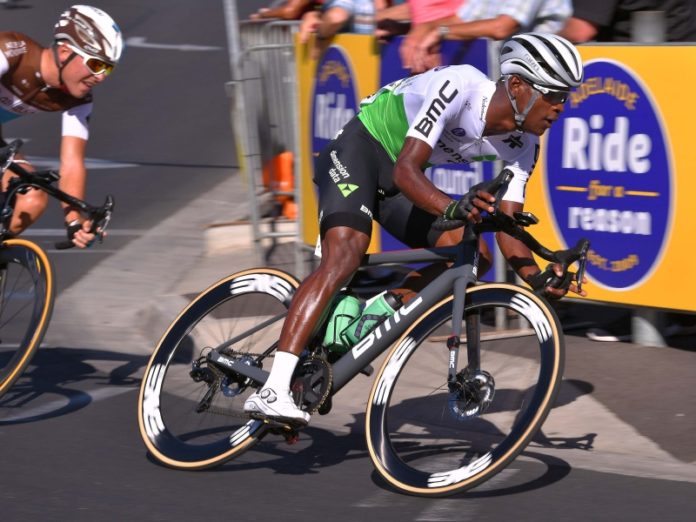 Nicholas Dlamini received a hero’s welcome as he crossed the finish line after he crashed during the brutal ninth stage of the Tour de France.

“It was just a bad day to have a bad day,” said the courageous cyclist.

He added: “Getting off my bike and into a car wasn’t an option.”

Dlamini, who made history when he became the first black South African to compete in the Tour de France, suffered a serious crash while on a fast descent.

“It was a hard stage. There were some tough climbs – the nature of the stage and the weather didn’t help,” he said.

“I lost contact with the peloton after the crash and I was on my own, so it was really difficult to just ride at a good pace.”

Despite the wet weather and the crash, Dlamini got back on the bike and finished the race.

His courage was applauded by supporters of the event who cheered him on as he crossed the line.

“It is sad to finish this way but the most important thing was not to stop and ride until the finish regardless of being out of the time limit. It’s a special race and it’s always been a dream to ride the Tour de France,” he said.

Because Dlamini didn’t make the cut-off time, the South African rider’s Tour de France dream is over but with his never-say-die attitude this will not be the last we hear of Nicholas Dlamini.