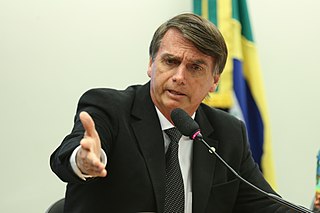 President Jair Bolsonaro has become famous for saying Covid-19 is a “little flu”.

Now he has it.

Bolsonaro tested positive after getting symptoms, and said on Tuesday on TV that his fever has gone down.

Bolsonaro has tried to make light of the disease, and even gone to anti-lockdown protests. He refused to wear a mask until a court ordered him to (an appeal court then squashed this order).

With more than 65,000 deaths and at least 1,5 million infections, Brazil is the second worst hit country after America (whose president, Donald Trump, has also joked about the disease).