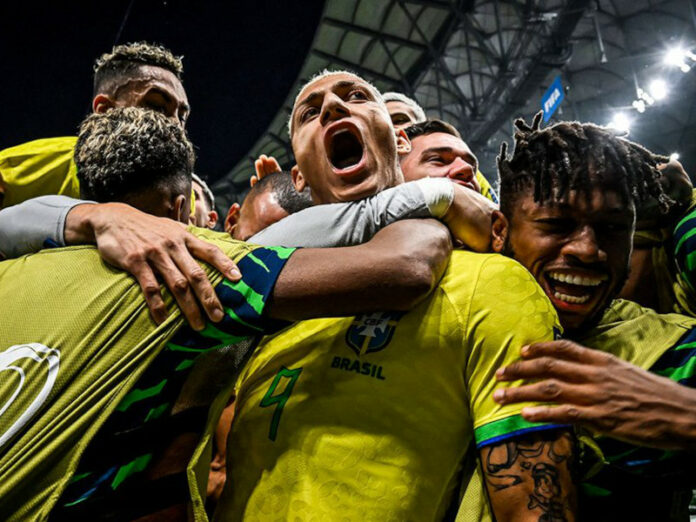 Richarlison was at the head of the Brazilian samba as his side danced past Serbia to earn a 2-0 victory on Thursday night.

Brazil came into the Qatar World Cup as the overwhelming favourites to go right until the very end and their second-half showing proves just why.

The first-half, like so many thus far in Qatar, lacked any excitement with the Serbian defence remaining resolute against the Brazilian attack.

But against one of the most talented Brazilian sides, that defence can only hold on for so long.

It was not until the second-half where a parried shot landed at the feet of Tottenham Hotspur striker Richarlison who tapped the ball into an empty net.

Question marks were raised over Richarlison’s inclusion in the squad but he silenced the critics with his impressive display.

Brazil finally had themselves a deserved lead and began playing their usual free-flowing style of football with strong hints of flair across the field.

And flair is exactly what happened next when Richarlison scored a beautiful overhead scissor kick to double Brazil’s lead.

This fixture served as the final round of opening fixtures in the World Cup and Richarlison’s goal is already a goal of the tournament contender.

Brazil refused to rest on their laurels and continued attacking the Serbian defence.

Manchester United midfielder Casemiro came close to adding a third when he hit the crossbar with a rifling shot as the game drew to a close.

The extremely attacking setup from the Brazilian coach Tite paid off as Allison did not need to make a save all game.

Brazil will now feel confident they can secure their progression to the knockout stages when they take on Switzerland on Monday, only needing a win to advance.

Serbia on the other hand will face Cameroon in their next fixture.