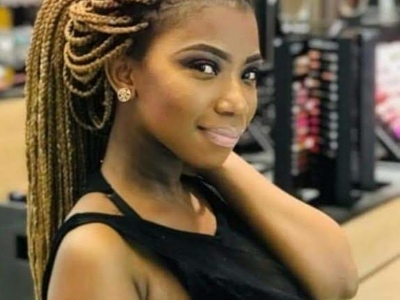 On the day Tshegofatso Pule’s alleged killer was found guilty and sentenced to 20 years in jail, police arrested the boyfriend of the 28-year-old pregnant woman who was so horrifically killed in June 2020.

Muzikayise told the court that Tshego’s former boyfriend allegedly hired him to murder her – to hide her pregnancy from his wife.

Muzikayise said her ex-lover had first offered him R7,000 to kill Tshego. But he didn’t accept the amount.

He said the boyfriend later upped it to R20,000. He said he still felt the amount was too little but agreed to take the offer – so he killed her.

Muzikayise said he had shot Tshego with one bullet and then hanged her. She was eight months pregnant at the time of her death.

This is after attempts to hang her under a busy bridge in Roodepoort failed. He killed Tshego in Durban Deep, in Roodepoort, west of Joburg.

Speaking to the media at the court, Tshego’s uncle Tumisang Katake said they had always suspected that her boyfriend had something to do with her disappearance and later her murder.

National Prosecution Authority regional spokesperson Phindile Mjonondwane confirmed to Scrolla.Africa that the suspect was arrested on Friday. He will appear in the Roodepoort Magistrate’s Court on Monday.

Tshego’s death sparked an outcry from the country and pushed the government to prioritise the issue of gender-based violence (GBV).

President Cyril Ramaphosa described the GBV as a second pandemic in the country.