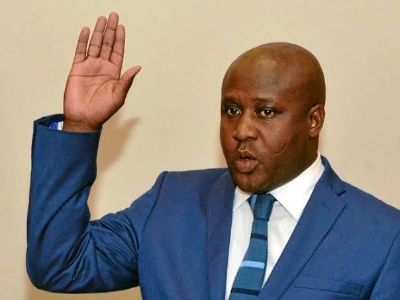 It is alleged that Bongo, now ANC MP, tried to bribe Ntuthuzelo Vanara, who was at the time the parliamentary head of legal affairs, for him to stop the Eskom inquiry in 2017.

On Monday Vanara told Western Cape Judge President John Hlophe how Bongo pestered him, asking him to name his price to drop the inquiry.

Vanara, who’s now the legal head at the SABC said Bongo also allegedly asked him to fake an illness during the parliamentary Eskom inquiry which would have inevitably delayed the inquiry.

Vanara alleged that Bongo was acting on behalf of the former acting Eskom board chairperson Zethembe Khoza.

Bongo, who was expected to testify today, has repeatedly denied all the allegations against him.