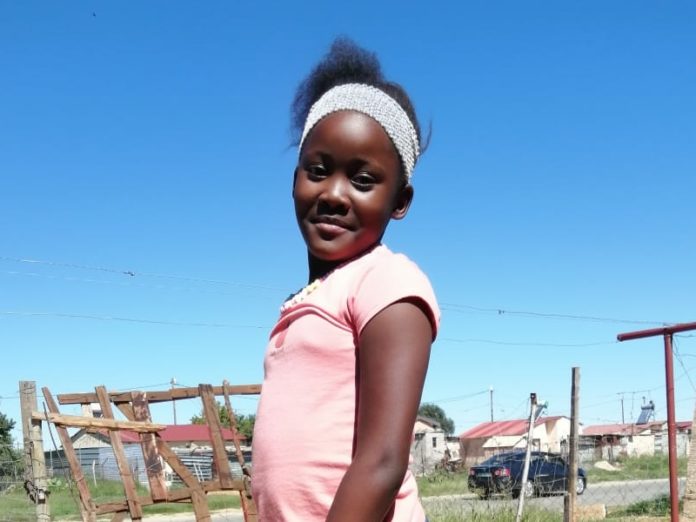 Dealing with the tragedy of a murdered child, the parents of Bokamoso Shabe have to deal with another horrible shock.

After the body of the eight-year-old was discovered on Thursday afternoon, the cops arrested two women and a man – and the family realised they had opened their door to the man on 21 May.

According to Bokamoso’s mother Mapaseka Shabe, the arrested man was the same person they had welcomed into their home to repair the geyser.

Mapaseka from Jerusalem Park in Thabong said they were happy with his services.

“He saw Bokamoso and said he loved children. He told us he will do anything to protect the kids. We didn’t make anything of it,” she told Scrolla.Africa.

“I was hurt to see that he was one of the arrested suspects.”

Mapaseka said the last time she saw her daughter was on Monday before she went to school.

“My mother, Nyalleng, received a call from a man who pretended to have a Nigerian accent. The man said he was in town with my daughter and I immediately ran to the cops,” said Mapaseka.

“The man called again and the cop who answered pretended to be Bokamoso’s father.”

When the cop said he wanted the child back, the man demanded R50,000.

“We don’t have the money but I would have paid it to get my first born back alive,” cried Mapaseka.

Free State education spokesperson Howard Ndaba said Bokamoso was one of the smartest grade 2 learners at her school.

Police spokesperson Brigadier Motantsi Makhele said two women, aged 34 and 44, and a man, 46, have been arrested and charged with murder.

A postmortem will reveal the cause of Bokamoso’s death.

The three suspects are expected to appear before the Welkom Magistrate’s Court on Monday.