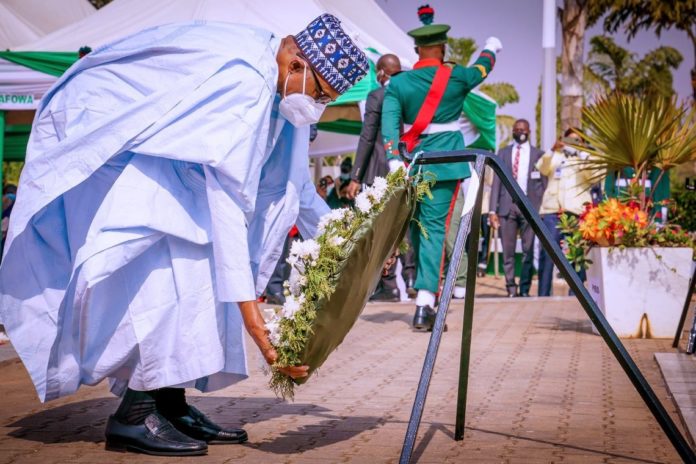 White pigeons caused an embarrassing scene in Abuja on Friday when they refused to fly after being released by Nigerian President Muhammadu Buhari.

Premium Times reported that the president was at the venue to honour members of the Armed Forces killed in combat.

Social media went wild speculating that the refusal of the birds to fly was due to the injustice and insecurity in the country.

The president opened the cage housing the pigeons in order for them to fly but the birds refused.

In an effort to salvage the situation, the president picked one and threw it into the air but it landed back into the cage and still refused to fly.

The birds only flew into the air after the president returned to his seat.

The ritual is performed every year to commemorate the lives of departed members of the armed forces. It is a symbol of peace.

A veterinary doctor, Jarumi Barnabas, explained that flying birds are not always eager to fly immediately after release having been confined in a cage for a long period. Barnabas said there are some psychological effects attached to moving the birds from one point to the other.

“Those doves are usually trained from different sources, bringing them together will cause some sort of psychological effects on each of them,” the doctor said.