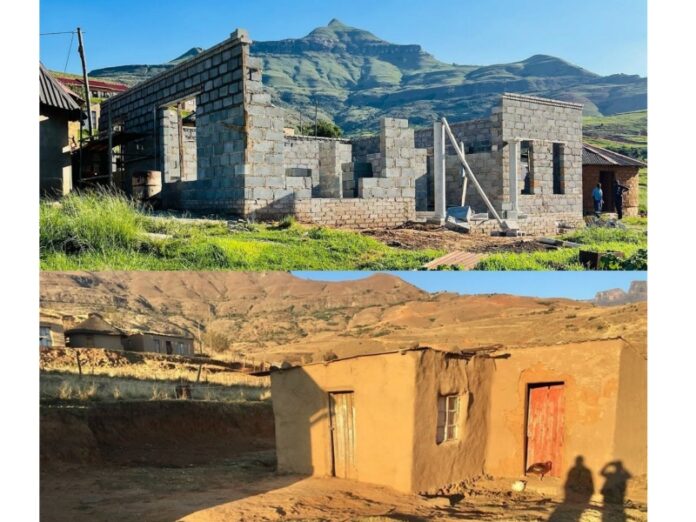 Rapper Big Zulu has enjoyed a meteoric rise to fame over the past two years, and now he has decided to go back where it all began and repay the community of his gogo who raised him.

The Inkabi Records founder is rebuilding his late gogo’s house in Bergville, KwaZulu-Natal, where their relatives still live.

In the hit 2021 song “Inhlupheko”, meaning poverty in Zulu, the rapper painted a picture of how his gogo Doris struggled to raise him and his siblings in the rural village. The 34-year-old also shared the before and after pictures of Doris’s house.

“Like I said, Nkabi Nation, I will rebuild my grandmother’s house,” wrote Big Zulu in the caption of the pictures shared on his Instagram page.

Meanwhile, Big Zulu’s fans – just like Somizi Mhlongo’s – stand a chance of winning a Valentine’s day date with the rapper. Entrants have to post a video on social media singing Big Zulu’s song “Ivolovolo”, and the best one will get to spend the evening of the 14th with him.

At least the winner of Big Zulu’s competition won’t have to cough up R70,000, like Somizi’s lucky fan.